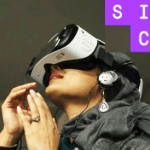 A well-run conference is like a two-way mirror. On one side, the curated content must reflect the genuine interests and aspirations of those who participate, quenching their thirst for personal inspiration and professional growth.

On the other end, the conference lens must allow the content programmers to see how their audience is tuning in. Done right, today’s conferences are the physical manifestations of social media.

By creating an environment that is conducive to interactivity and networking, attendees can find their voice, build coalitions, “follow” or “be-followed,“ and expand their personal networks.

Seattle has become a mecca for a wide range of conferences and expositions, many making the Emerald City their venue of choice year after year.  From the Bell Harbor International Conference Center, with its sweeping views of the Olympic Mountains and Elliott Bay and its wired, indoor amphitheater, to the cavernous, multi-terraced Washington State Convention Center complex, to stately hotel ballrooms flush with amenities, to the innovative Museum of Flight, Seattle Aquarium, MoPOP Sky Church, and dozens of novel indoor and outdoor meeting spaces, the Seattle metro region has been an everyday invitation to Northwest discovery and exploration.  The annual PAX West Gaming Festival, Emerald City Comicon and The Finals of the global DOTA 3 gaming championships with its $10 million first prize, attract not only legions of Millennials but fans of all ages to hubs like Seattle Center, Key Arena, Century Link and other venues.

For the past seven years, the Seattle Interactive Conference (“SIC”) has proven to be a conference medium where an inspired team of creators and programmers, led by founder-director Brian Rauschenbach and founder-producer Gloria Connor, has painted, sculpted, visualized and materialized a virtual architecture of multi-channeled content.

What makes the SIC event so unique is its continuing focus on the creative process as contrasted with the finished product.

Growing up as an “army brat,” organizer Rauschenbach learned the social significance of making connections early in life and the value of networking opportunities. He also developed an innate talent as a “change agent.” Brian has guided the direction of SIC from what initially resembled a technology-laden conference into a true, multi-dimensional, storytelling event spanning from 2D to 3D, and from VR to AR and MR. His love of film and music has materialized in year’s past with former SIC guest stars like actor Tom Skerritt, comedian John Hodgman and a bevy of musicians.

Thie 2017 event moved to a new level in the social conference conversation.  One example was an innovative addition called “B-Sides” (an homage to the flip sides of vinyl recordings). “B-Sides” are satellite, breakout talks that continued the discussion around conference session topics or themes.

Brian: “We looked at sessions where we realized there was going to be a greater conversation threshold than what we could hope for in 50 minutes. We thought: let’s take these outside of the session and bring along with us any of the audience that wants to have a more intimate conversation around the same topic, or even expand the topic.”

The Edelman agency hosted the SIC “B-Side Lounge” on the third floor of The Conference Center, opposite the Wa. State Convention Center at 800 Pike Street.

The Waggoner Edstrom firm also moderated themed meetups on various topics throughout the event. For example, one conversation addressed the hypergrowth and innovation taking place in Greater Seattle is impacting the culture — both pros and cons.

Creative Conferences in One of America’s Most Creative Cities

A study conducted by Homes.com in April of 2017  analyzed data from the U.S. Census Bureau and Bureau of Labor Statistics among America’s top 50 cities and determined four measurable metrics: creative jobs, creative schools, performing arts companies, and motion picture and video companies. These four metrics represented original work from a person, a process, environmental influences, and a product. They then applied these metrics to determine the 25 most creative cities.

Given these “vital signs,” a key distinction for the Seattle Interactive Conference is that it represents a more modern creative standard compared to traditional fine art and fine artists whose works have been exhibited in the region’s art and photo galleries (a number of which have been closing their doors and taking the works online).

The *new* creative renaissance in Seattle is occurring in a different reality —an augmented, mixed or virtual reality, to be more precise. Another Seattle “sea change” is underway.

Brian: “Four years ago a number of my creative friends, particularly those in the fine arts, began leaving the Northwest for other cities. That trend has now completely reversed itself. Bay Area brands have set up remote offices here.  After 2-3 years of working in Seattle for Amazon, Google, Facebook, Twitter, eBay and others, a good deal of this talent is moving to startup firms or agencies. The talent pool here is enormous!”

This year’s SIC features multiple sessions on MR, AR, and VR, the new forms of immersive, simulated and enhanced multimedia.

Brian: “Mixed reality and augmented reality are finally getting legs. We’re moving away from the first experience of putting an entry-level Cardboard viewer to your face and watching a YouTube video to putting on real goggles or gloves. The new hardware is being marketed at a different level. From a personal perspective, while experiences like the HTC Vive are more singular, the augmented reality enhancements are more social and dramatically extend the amount of information that can be visualized. The executions for storytelling in AR and MR are practically endless.” 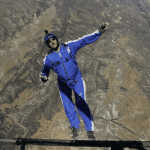 Speaking of amazing storytelling, among the truly incredible SIC story presenters this year was Luke Aikens, the first skydiver to jump from a plane without a parachute or wingsuit and live to tell the story. In a stunt called “Heaven Sent,” the 42-year-old daredevil leaped 25,000 feet to Earth — setting a world record. To accomplish this feat, Aikins had to direct his body in free fall using only the air currents around him to land safely on the high-tech 10,000-square-foot net (about a third the size of a football field) laid out to catch him. 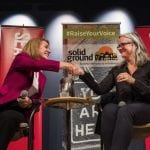 ency marketer Pete Moran and former Seattle Sounder Kasey Keller on one of the many panels over the two-day event.

For the civic-minded, Seattle’s leading mayoral candidates, Cary Moon and Jenny Durkan both were on-hand to make what was close to their final, pre-election pitches.

Design competition and master class training were also a part of SIC’s 2017’s  proceedings. Seattle’s School of Visual Concepts  hosted several workshops on the graphical and copywriting sides of the creative process while Facebook held  “Master Classes” each day on “Driving Growth with Facebook Analytics.” 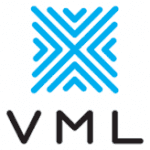 The VML agency sponsored a design contest exclusively for students offering younger creatives the chance to interface with agency professionals and provide a strategic solution to a challenge unveiled the day of the event.

Brian: “We’ve watched the prevailing conversation move from technology to story-telling. The narrative is more about how we are communicating with customers and less about how we are targeting them. More and more, we’re seeing how a lot more emphasis is being placed on content. When you unpack that content, you get back to the creative and the messaging.  Unlike events that focus more on developers or startups, we are very centered on brands and messaging on the digital and creative side. The sharing that goes on in terms of ideas — what has been a winning idea, and even where ideas fell short, gets inside the creative process.”  [24×7]