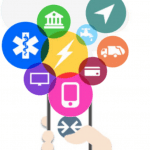 With all of the payment options competing for a share of your electronic wallet these days, it’s easy to feel your pay grade, or “how to pay” grade, slipping under a steep learning curve. Android Pay. Apple Pay. Samsung Pay. Amazon Pay. PayPal. Venmo. Mint.

Two Seattle-based offerings are seeking to build on the positive relationships they have established with their customers with payment services that are super simple and designed to win consumer trust along with their transactions. 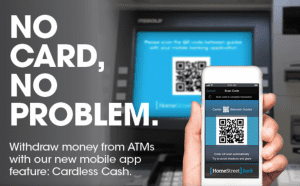 “Cardless Cash is the next evolution of mobile banking,” said Mark Mason, CEO and President of Seattle-HQ’d HomeStreet Bank. “As one of the first banks to offer the service, our customers are reaping the benefits of added convenience and security.”

doxo Gets an A+

Seattle’s doxo has rapidly grown to become the leader in consumer-friendly, one-stop online and mobile bill paying convenience, having just surpassed the 30,000 mark of payable billers within its network—more than any other bill paying service nationwide.

“Passing 30,000 payable billers is an important milestone for the company, especially after we surpassed two million users in May,” commented doxo CEO and Co-Founder Steve Shivers. “The most compelling service we provide to our users is the ability to pay all of their bills from a single, secure, mobile-friendly account. We’ve also developed unique and proprietary systems necessary to map the entire billing industry—an industry that represents over 50% of all consumer household spending.” 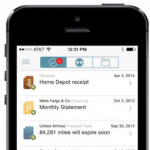 doxo allows payers to use any combination of credit, debit and bank cads and accounts to pay their bills. There is no need for a stored-value account.

The award-winning doxo mobile app  lets you organize, manage and track all your payable accounts in one place. doxo also includes a bevy of money management features letting you link your email accounts for easy organizing and archiving in the program. You can also take snapshots of your receipts and upload them to your very own virtual file cabinet on doxo. A convenience fee can apply to some credit card transactions.

Since doxo uses its 2.5 million members to crowdsource where they pay their bills, the company has sometimes encountered confusion when municipal utilities discover their name and logo on the doxo Website for bill pay purposes without knowing it. Such a speed bump is the virtual equivalent of having a product go viral and annoying the seller.

“We allow companies to claim their business profile and add their own FAQs and other content. They can then monitor everything on their own dashboard. They can even launch their own eBilllng program if they are like the 60% of service providers who cannot be paid online via desktop or mobile.” — doxo CEO Steve Shivers

Recurring payments make up over 50% of a household budget in these United States. Is it any wonder that Jeff Bezos is an investor in the company?

Among the major pay platforms, Apple was inclined to delay the debut of Apple Pay inside of its iMessage app, originally scheduled for the release of iOS 11, until later this Fall.  The big, and pretty obvious, difference between Android Pay and Apple Pay is that Apple’s service cannot be used on Android phones or watches; it is only available on iPhones and Apple Watch devices. Otherwise, it works much in the same way that Google’s service does, as both use NFC hardware to pay for items at POS terminals. Samsung Pay is available on a number of recent Samsung-based smartphones, along with its Gear S2 and Gear S3 smartwatches. The biggest difference is that Samsung Pay, in addition to supporting NFC-based terminals, can also use Magnetic Secure Transmission (MST) technology.

The race between banks, credit unions, mobile platforms and paperless, electronic bill paying services, as well as P2P friend and family money swapping services, will likely be won not by the swift, nor even by thrift, but by the trustworthiness of the partner in the transaction.

Once again, Seattle is pointing to the easiest way to pay! [24×7]