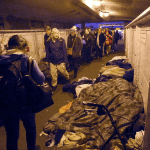 What should the civic role of Seattle’s most successful corporations be when they generate more than $20 million in revenue and make their employment hub our fair city?  Does it begin and end with jobs? Payroll taxes? Van pools? Other investments?
Is stepping over warm, homeless, human bodies, like the daily commuters from Bainbridge Island do when they disembark the Washington State Ferries at Seattle’s Colman Dock, a sign of civic or corporate neglect? Many of these islanders are on their way to work at Amazon or Zillow.
In a city that has attracted world-class talent to its metropolitan core for a variety of reasons including literacy, education, recreation, a diverse, pioneering culture, coastal attractions(and certainly not the weather), what is the polity, or civic conversation, that should take place between highly profitable businesses and city managers? How can we work together to transform the underlying social and service infrastructure, and the often hidden, urban blight that “overlooks” a homeless segment of the population both in public-private policy and, metaphorically, from our booming tech sector’s high rise offices?

The latest stress point is a proposed head tax to help fight homelessness that has been slated for a vote by the Seattle City Council this month.

Yet, in the last decade, the company has come to dominate categories of online retail, and pioneered new cyber-businesses such as cloud-computing technology.

“Amazon has emerged as a disruptive force within its hometown, showering Seattle with about $31 billion spent on its campus and employee salaries over the last eight years. Yet it also has become a byword for a transportation crunch and the skyrocketing cost of living that has deepened the city’s homelessness crisis,” writes Matt Day and Daniel Gilbert in the Seattle Times. 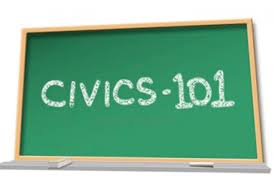 In response to the proposed head tax, Amazon has made its opposition known to city officials through its policy staff and trade groups. It has also decided to put its real estate investiture on hold. The company has ceased planning for a 17-story tower on land it owns in its downtown corporate campus, and floated the idea of subleasing Rainier Square, that the company had previously leased. Together, the buildings were scheduled to hold about 7,000 employees.

But wait, wasn’t it Amazon who created a homeless shelter for families out of a former motel it owned? Was that but a fleeting gesture?

Are You Listening, Mayors?

In the meantime, mayors representing the twenty finalists in the race to become HQ2, the second headquarters of the largest e-commerce company on earth, should take note.  Will the next city to host an Amazon HQ find themselves realigned with the demands of a company that makes its footprint “too big to fail” and compels its host city into submitting to policies that put Amazon above the citizenry it fosters?
What kind of impact are we talking about?The first phase of the proposed head tax would assess about $500 per full-time employee, per year, a sum that places Amazon’s liability at its current head count at $20 million to $25 million. That would change in 2021, when the tax would convert to a 0.7 percent payroll tax.
By then, the company’s expansion plans — now on hold — would have given Amazon space for at least 55,000 employees or an estimated $43 million. During the most recent 12 months, Amazon reported $3.9 billion in net income, and paid $1.2 billion in income tax to governments worldwide.
Polity, or the process by which a framework for civil discourse can take place in framing municipal governance, may be more significant than policy in the current imbroglio.
“I wonder whether it is the actual cost of the employee head tax or whether it’s more of having a predictable and business-friendly environment to operate their business in,” Jason Horwitz, a senior consultant at Anderson. The more important factor, he said, “might be the latter.”
Speaking of mayors, would Seattle Mayor Jenny Durkan, an advocate for the homeless, veto or delay the head tax?  Then again, could Donald Trump impose a tariff on the goods and services sold by the company who owns the Washington Post newspaper he loves to hate.
Is it simply coincidence that the current phase in Amazon’s HQ2 review is the stage where the juggernaut  is looking for cities to provide their best incentives and make their most generous concessions.
In Seattle, Amazon may be looking for certainty. But that conversation has yet to take place.  Meanwhile. the disruption Amazon  has created with its hyperbolic growth is a dynamic that is far from what Jeff Bezos would call “stasis.” [24×7]