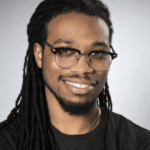 David Harris, the Startup Advocate for the City of Seattle’s Office of Economic Development, is on a mission.

This community catalyst is what The Tipping Point would describe as a “Connector” — bringing together talent, teamwork and technology — as a true agent of change.

How many people do you know whose resume’ includes Microsoft Test Engineer, Apple Genius, STEM Integration Program Manager, community founder and organizer of Hack the CD and, academically speaking, an alum of the Harvard Business School’s Young American Leaders Program, and a graduate student at the University of Washington’s Human Centered Design and Engineering Master’s Program?

David’s current role with the City of Seattle encircles several communities: technology, education, venture capital, lean design, training and development, and these are but a fraction. Connecting the spheres in this venn diagram, David’s mission is two-fold: Serve as a link between fledgling startups and the resources to help incubate them, and work to develop talent in underserved communities that are lacking strong connections to tech training and opportunity.

To find time in David’s schedule before his appearance at the upcoming Seattle Interactive Conference, we needed to make a few connections of our own — syncing up with SIC PR managers Mark Peterson of Pointer PR and Matthew Ashworth of Porter Novelli PR, then picking a time slot in David’s Calendly schedule. It was well worth it!

Seattle24x7: David you’ll be involved in an interesting session this month at the Seattle Interactive Conference, entitled “Creating Physical Community in a Digital World.“ What can you tell us about it?

Harris:  My session will be a fireside chat with Anthony Kerr, one of the founders of a Slack Group based here in Seattle called “The Collective.”

Where the conversation will lead is into how people are creating physical communities using digital tools. In a world where we are inundated with social media and collaboration platforms and virtually limitless data on our mobile phones, it feels like we’re ultra-connected, but we are not really connecting in person.

[Editor’s Note: “The Collective-Seattle,” organized by Anthony Kerr, has reached over 700 diverse young professionals in the region. While Anthony’s day job is at Amazon, on nights and weekends he is focused on growing the The Collective community in Seattle.]

In my role with the City of Seattle as a Startup Advocate, I have been able to observe how different groups are creating these offline experiences using digital technology. One of the tools I’ve personally studied in this regard is Slack.

Seattle24x7: Is there something about Slack that is especially enabling for community development offline?

Harris:  I’ve done some personal research on Slack as a graduate student at the University of Washington. For example, I’ve looked at different theories for growing communities, from online to offline. One theory is called the Activity Theory. Another is called the Actor Network Theory. [Ed Note: In Actor Network Theory (ANT), a network made of “actants” can be human and nonhuman actors.] 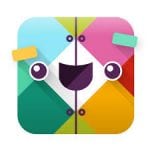 Slack has a number of cool features that are extensible and create a rich communications environment that is integral to community interaction. One of the many features it offers is a way to segment user conversations. Slack creates a personification of itself, which is Slackbot.  So, for example, the bot can communicate and execute some tasks in order to nurture the community, like reminding users to create a profile or asking about a user’s experience.

That can give a community organizer more time to actually engage in their community. The infiltration of these types of experiences in enterprise software is starting to awkwardly find its rhythm. Slack has had a lot of success because it wasn’t a top down, corporate software experience, but has driven adoption by small teams. I definitely feel that Slack has found some keys to the formula.

Seattle24x7: Would you agree with community advocates like Howard Rheingold that human emotion needs to be present to foster an online community?  How might that relate to the creation of an offline community? 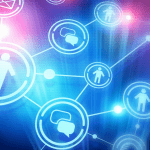 Harris: I do think human feeling or emotion is correlated to the sustainability of virtual communities. People want to feel that they can express themselves or more fully represent some particular version of their identities in their virtual spaces – whether it’s through emojis and stickers or avatars and animated gifs.

There’s also this sort of public organizing of thought and feelings that happens in some virtual communities that is interesting. I love to follow Black Twitter from week to week, and see all the different ways real people find commonality or discuss their differences. Ultimately, these open dialogues on Twitter lead to some collective agreement, or disagreement in some instances, that are tied to “real life.” The software and devices we use have blurred the lines between real life and our virtual worlds.

Seattle24x7: One of the outcomes of your physical community-building was “Hack the CD,” recognized in 2015 as “Best Tech Idea” by Seattle Weekly. What has been the trajectory of this community engagement project? 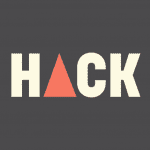 Harris: There have been several cool things that have come out of the event which has been held annually over the past three years. At the second annual event, someone pitched the idea for a physical space to be the hub of various activities.That turned into Black Dot, which is a workspace for a community of entrepreneurs, particularly black entrepreneurs, located at 23rd and Union in the middle of the Central District.

At the most recent “Hack the CD,” the event went global, attracting projects from Haiti and Ethiopia as well as other parts of the U.S.

On another front, Hack the CD has partnered wth organizations like Coding Dojo, of Bellevue, to run running coding boot camps. Another recent camp was done in connection with the Umoja PEACE Center’s Young Genius Academy, and Amazon’s Black Employee Network. The session was geared to help students write Skills for Alexa on the Amazon Echo device.

Seattle24x7:  Do you recall one of the Alexa Skills that was developed?

Harris: One of the notable Skills to come out of it was called “Waste Buddy.”  It helps you determine where to  throw your garbage — whether it be to recycle or to compost it. You can ask Alexa, “Where should I put this? Which bin does this go in?”

Seattle24x7: What is a typical day like as the Startup Advocate for the City of Seattle?

Harris: One half of my job is to help connect tech startups with resources. The other half is to help underserved communities get connected to the tech industry.

The first part I mainly do through office hours. So I‘ll sit down with entrepreneurs and play matchmaker, helping them get unblocked from obstacles. From, “I have an idea, how do I get started?” to “I’m looking for a technical co-founder,” or “We have traction in revenue, how do I find funding?”

Another way to support the startup community is through the many events we publicize through our Website. Almost every day there is a different event announced on StartupSeattle.com [Ed. note: Readers can also check the Seattle24x7.com Calendar].

The other side of my job is connecting underserved communities with the tech industry, particularly supporting organizations that work with youth, women, people of color, and even the formerly incarcerated.

Seattle was designated a TechHire community in March of this year. TechHire is a White House initiative started by President Obama that seeks to get more people who are unemployed or underemployed connected to the vast amount of open tech jobs. We have a goal regionally of getting a least 2,000 people trained and placed in tech jobs by 2020.

The region is well on its way with partners like Apprenti, the WTIA’s Apprenticeship program, that will be working with 600 people, and the hundreds of candidates that Code Fellows, Coding Dojo and dozens of other partners including the Workforce Development Council of King County are training. Then there are other hiring intermediaries like LaunchCode which is expanding into Seattle from St. Louis. We’re working to map out our entire ecosystem. 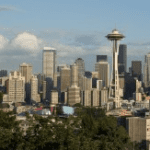 Harris: There’s a mix. Small-to-medium-size companies like the Substantial digital product studio that works with Ada Developers Academy which does software training for women, to larger employees including Amazon, Microsoft, and Expedia, among others.

Seattle24x7: In terms of your Startup advocacy, do you ascribe to the Lean Startup school of thought?

Harris: I think it’s a great framework for people to follow, both for serial entrepreneurs  and for those who may never have been entrepreneurs before who want a methodology to iterate quickly. One of the most important pieces in Lean Startup methodology is customer discovery. Getting out of the office and talking to people, making sure products and services are being created for users. In order to do that you have to to talk to people, you have to ask them for feedback.

The Lean Design concept of developing a “minimally viable product” can help avoid investing a lot of money up front into something people may not want to use — a concept called “Fail Fast.” It enables startups to validate their learning, putting users at the forefront of design for new products and services.

Seattle24x7: The Seattle tech community is making incredible strides along so many paths in the hardware and software continuum. Are there any particular sectors you are focusing on?

Harris: There’s not a particular focus on any one area in our role with tech startups, but there are definitely certain industries that I am tracking. For example: eSports, Gaming, Virtual Reality, and Outer Space Entrepreneurship. A small company which graduated from TechStar’s Class of 2016 is called Kepler Communications and is focusing on CubeSats, which are small satellites for creating an Internet network in space. The table is set for not just the big guys but some new, scrappy startups.

Seattle24x7: Summing up, what lessons do you think are the most applicable from online to offline?

Harris: In my experience, online communities have created a “third place” of sorts. The ability to convene, organize, and relate online becomes a necessity when physical spaces and time are at a premium. It is fascinating to see how culture blends between online and offline spaces. Hang around any place where a millennial might be, and one might often hear “hashtagged” conversations in real life conversations, which resemble messages you might find in an internet meme. Also, because technology has enabled the world to see how frequently conscious and unconscious bias threatens lives, it has also allowed for new forms of protest like #BlackLivesMatter or the Arab Spring. 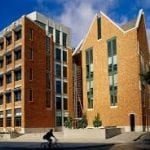 Seattle24x7: Finally, you are doing graduate work at the UW’s Human Centered Design and Engineering program. Are there any management theories you would ascribe from your studies to the act of community-building?

Harris: I think there are some interesting connections between management theories and community-building. One theory is Clayton Christensen’s “Jobs to Be Done.” In a nutshell, this espouses that a user or customer always has a “job to be done.” Let’s say they’re going to a grocery store. The job to be done may be to buy some toothpaste. How do you help that customer get that job done?

In building community, people might not be joining just to show up. They’re coming because there’s a job to be done. That job might be to learn something new, to connect with someone, or even to feel safe. If you apply that theory and break down why people are attracted to a community, and stay in a community,  and ask yourself “What is their job to be done?” that can help create a more impactful and intentional environment.  [24×7]