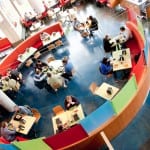 The Washington Technology Industry Association (WTIA), a unifying voice for the region’s technology community, has been granted $5 million to develop a unique and diverse apprentice program that expands high-tech job opportunities for women, minorities and veterans.

The first of its kind program has made its mission to recruit, train, and place 600 registered apprentices over the next 5 years. It is being funded using federal and private investments from the American Apprenticeship Initiative (AAI) of the U.S. Department of Labor (DOL), Washington State Department of Labor and Industry, Microsoft, and JP Morgan Chase.

The announcement of  a total of $10 million in funding was made by U.S. Senators Maria Cantwell and Patty Murray, and Governor Jay Inslee.

America thrived in the 20th century in large part because we had the most educated workforce in the world. Other nations have now matched or exceeded our success. More than ever, Americans need more knowledge and skills now to meet the demands of a growing global economy without having to take on decades of debt before they even embark on their careers.

According to the WTIA, Washington state is the top recruiter of tech talent in the country. Each year the state’s tech industry adds 3500 new jobs that require a Computer Science degree, but generates only 500 new graduates to fill them. At the same time, the industry is leaving untapped talent on the table. Less than twenty percent of the tech workforce is female, less than one percent are Hispanic or African American, and there are an even smaller number of veterans.

The trade group leader created the WTIA Workforce Institute to facilitate the training. Candidates must pass a tech skills assessment to determine their skill level matched to tech industry roles, including their ability to learn computer science fundamentals through a series of questions and equations. Once a candidate is accepted into the program, they’ll receive 3 to 4 months of pre-apprenticeship training in one of many industry recognized certificate programs such as Microsoft MCSE or CISCO, IT Security, and others

To source new talent, the association will turn to partnerships with programs at Joint Base Lewis McCord, Goodwill, and others to identify apprenticeship candidates.

“Washington will be the first state to create an apprenticeship standard for the high-demand tech sector, which is a critical step towards bridging the current tech-talent gap we face, empowering us to build a stronger homegrown workforce representative of the diversity in our state,” said Michael Schutzler, CEO of the WTIA.

The curriculum and general approach was developed by Microsoft to help transitioning service members and veterans compete for jobs in the technology sector. That program, the Microsoft Software & Systems Academy, operates in three states, including Washington.

“Our curriculum was developed to meet the needs of both the technology industry, which faces a shortage of trained professionals, and those who want to enter our field but are not presently in the pipeline,” said Microsoft’s Thomas Dawkins, Sr. Education Business Manager. “We’re thrilled to see our education resources, like the Microsoft Virtual Academy, be used by the WTIA in a new and exciting way that expands its reach.” 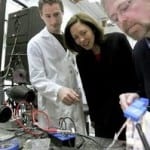 Participants who complete training enter a one-year apprenticeship in a full-time, paid, entry-level position with one of the WTIA’s hiring partner tech companies, which include Accenture, F5, Impinj, Internet ID, Microsoft and the International Association of Microsoft Channel Partners to name a few. Afterwards they’re eligible for a full-time position.

“This apprenticeship program delivers a new path towards inclusion through on-the-job training, while providing companies like F5 with a sustainable workforce development program to meet our ever-growing need for qualified talent,” said Karl Triebes, CTO and EVP of Product Development at F5 Networks.

For more information about the WTIA’s Registered Apprenticeship Program, including how to become a hiring partner of the program, visit: http://washingtontechnology.org/workforce/