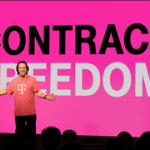 First to those who did not make it to the desert this week to glimpse the future of high tech accessorizing, curved TV screens, or Marissa Mayer’s uneven keynote touting her all-star staff picks (Katie Couric and David Pogue). Gaping yawn, let’s just say you didn’t miss much. Instead , it was the Seattle attitude that made the most noise.

We don’t mean Seahawks QB Russell Wilson, who is too perfect a gentleman to get his mojo mixed up with the “rant and rage” thing, although, hey, Russell, against the 49’ers next week, we would heartily endorse “Beast Mode” applying to the QB position as well as the entire Seahawk offensive line. Make no mistake, Marshawn Lynch IS Seattle’s “beast mode.” He owns it. But the Seahawk’s offense could only benefit from summoning  the “beast mode” in every position on the team, and inflicting it upon the 49’ers in next week’s NFC showdown.

No, in this case, if anyone “stole the show” at Vegas CES in terms of “TECH beast mode,” it was Seattle’s T-Mobile CEO and “Red Bull energized personality, John Legere. His timely infiltration of the Las Vegas event scene was real-time, as documented by Legere himself on Twitter as he was being shown the exit door.

Let’s be clear. At CES, T-Mobile CEO John Legere took it upon himself to present the ceremonial “Disss” to both Verizon and AT&T, rolling out a hyper-aggressive invitation to “jump ship” from any other carrier and bring your business to T-Mobile for rich rewards that would cover any losses and, if you were on a family plan, even allow you to come out ahead.

Yes, Legere fulfilled the “People’s Choice” Best Supporting CEO role as the gate crasher at AT&T’s Maclemore concert. For his guest appearance, he was ceremoniously bounced from the event at the Palms hotel, perhaps representing the first time a competitive wireless telecom CEO was expunged from a rival’s party merely for his career choice.

But, heck, the bottom line is that T-Mobile is laying it all on the line for those who are willing to cross the line and cut their ties with Verizon or AT&T. At CES, the fearless announcement was that T-Mobile wants to win you over, and has got you covered!

T-Mobile will pay up to $650 to customers who switch from rivals, the thrust of the company’s “Uncarrier 4.0″ initiative.

“We’re giving families a ‘Get Out of Jail Free Card,’ said Legere. “Carriers have counted on staggered contract end dates and hefty early termination fees to keep people bound to them forever. But now families can switch to T-Mobile without paying a single red cent to leave them behind.” 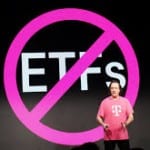 Customers from the three major national carriers who hand in their eligible devices at any participating T-Mobile location and switch to a postpaid Simple Choice Plan can receive an instant credit, based on the value of their phone, of up to $300. They then purchase any eligible device, including T-Mobile’s most popular smartphones, now priced at $0 down (plus 24 monthly device payments, for well-qualified customers). After customers get the final bill from their old carrier (showing their early termination fees), they either mail it to T-Mobile or upload it towww.switch2tmobile.com. T-Mobile then sends an additional payment equal to those fees, up to $350 per line. Trade-in of their old phone, purchase of a new T-Mobile phone and porting of their phone number to T-Mobile are required to qualify.

This offer to pay early termination fees provides families with a quick way to escape carrier contracts that have deterred them from pursuing a better and more affordable wireless experience with T-Mobile.

In this case, according to Legere, what happened in Vegas will not stay in Vegas. No way, no how. [24×7]