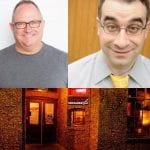 Beside the Pike Place Market “Gum Wall,” below the glowing marquee highlighting Seattle’s most established improvisational  theater, “Post Alley” has become a kind of double entendre.’

A few, short steps from this stretch of the alley’s cobblestones, you can step inside, not the Pink Door, but the stage door to the Market Theater, a place where Seattle’s most gifted ad libbers, (including software designers who work for Amazon and Microsoft), call the group known as Unexpected Productions their second home.

For the second year in a row, the theater, and its improv school, have received national recognition from none other than Yelp for representing one of the 100 top-rated businesses on the community-oriented directory and reviews site. In addition, Yelp has singled out Unexpected Productions’ Marketing & Development Director, Kent Whipple, to join Yelp’s 21 member Advisor Alliance, a select group who will present and lead discussions at Yelp’s annual Coast-to-Coast Conference this November. Whipple will be teaching a workshop on using storytelling to improve a business’ Yelp page.

“This is my second Coast-to-Coast conference,” says Kent. The event will showcase “Business leaders who use Yelp in unique and profitable ways learn and share ideas.” Whipple will be joined by two Seattle business leaders; Karl Mueller of Intrigue Chocolate Co. and Robin Wehl Martin of Hello Robin Cookies. 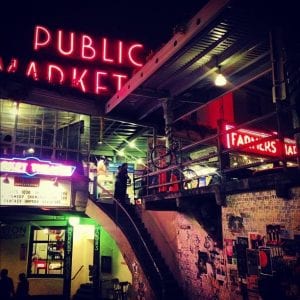 Post Alley has also inspired the notion of  “posting” ideas to the Net for improvised creativity.  A free iOS app called iProv was created  by troupe performer and software designer Dan Posluns.

iProv is a portable encyclopaedia of over 250 improvisation games and handles, based on The Living Playbook which is a collaborative compilation of improvised stagecraft founded by the improv group.

Downloading the iPov app, professional improvisers or hobbyists can get suggestions for scenes, including dictionary words (grouped by parts of speech) and over 15,000 movie titles.

Posluns is a senior software engineer with Amazon Game Studios, and has been a software and video game developer for over ten years in the greater Seattle area working with deCarta, ArenaNet, Amaze Entertainment and OkCupid.com.

“As an improv company that does ten shows a week, we are used to listening to our audience. We have a 34-year reputation to honor and we can only grow and learn from the input of our audience family,” said Kent Whipple. “We are incredibly proud of our 4.5 star rating and 249 reviews. I am excited to share with others our techniques of using our Yelp page to tell our story, he said.

“Kent is a master storyteller and arts marketer who draws on personal experiences in business and in life to connect with people in inspirational ways. He’s a consummate networker known for his business savvy, and has been a great partner to Yelp, speaking to business leaders about his success using the platform at events he’s hosted and panels he’s been a apart of,” said Yelp’s Manager of Local Business Outreach, Corey Dane. 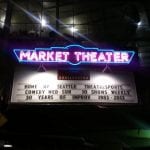