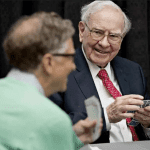 The World Bridge Federation is coming to Seattle to spotlight some of the world’s greatest champions and personalities of the classic card game. Bill Gates will play on a USA team led by Bob Hamman, ranked as the world’s all-time top player. Other teams competing via online remote are Europe-Lavazza and CCBA from China.

The Yeh Online Bridge World Cup (www.bridgeonlineworldcup.com) will be presented as the first ever live online Bridge Show under the auspices of the World Bridge Federation. Remotely controlled webcams will monitor each player’s reactions while their “cards” (computers will be used in lieu of cards) can be seen by viewers.

The USA-BBO team will be in Seattle, Team CCBA and Chen Yeh teams in Beijing and Europe-Lavazza team in Turin. The images and games will be streamed live across the Internet using BridgeBase.com and Ourgame

The physical venue for the event is the  Silver Cloud Hotel on 1100 Broadway.  The USA team will play from October 31 to November 2.  A complete schedule can be found  on www.bridgeonlineworldcup.com 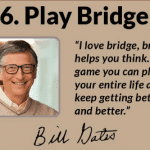 Bridge promoters hope that their attention to social media and the Internet for broadcast will attract and engage younger people to a game traditionally thought of as one for seniors. College students seem to be catching the bug for the game, with bridge clubs and leagues turning up on campuses across the country. The American Contract Bridge League recently initiated a School Bridge Lesson Series in which over 4,000 youngsters participate annually, ranging from elementary school through a College Bridge Program. Some well-known players include Warren Buffett, Martina Navratilova, Radiohead’s Thomas Yorke, to name a few.

Team Chen Yeh, led by Mr. Yeh, will be joined by World Champions, and the Europe-Lavazza team includes the women who hold the top two positions in the current women’s world rankings, Sylvie Willard and Bénédicte Cronier.  Bill Gates and his partner, Sharon Osberg, will play the first match against Team Lavazza at 9PM PST, October 31.  José Damiani is Chairman of the international Organizing Committee, based in Paris. [24×7]