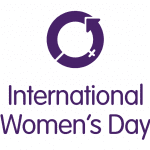 International Women’s Day is a time to reflect on progress made, to call for change and to celebrate acts of courage and determination by ordinary women who have played an extraordinary role in the history of their countries and communities; and

over one million women across the world marched on January 21, 2017, to draw attention to the fact that women continue to contribute to social, economic, cultural and political achievements, but remain undervalued; and

WHEREAS, Seattle has been a national leader in advancing paid family and medical leave, workforce equity and efforts to establish gender parity, and we recommit to advancing the rights of all women by making actionable progress towards equality in every aspect of life; and

WHEREAS, we stand in solidarity with women here in Seattle and all around the globe who face discrimination based on their gender, especially when it is compounded with systemic barriers because of racism, xenophobia, disability or sexual orientation; and

WHEREAS, in 2016 the World Economic Forum predicted that due to a slowdown in the already glacial pace of progress, the gender gap would not close entirely until 2133 at the current rate; and 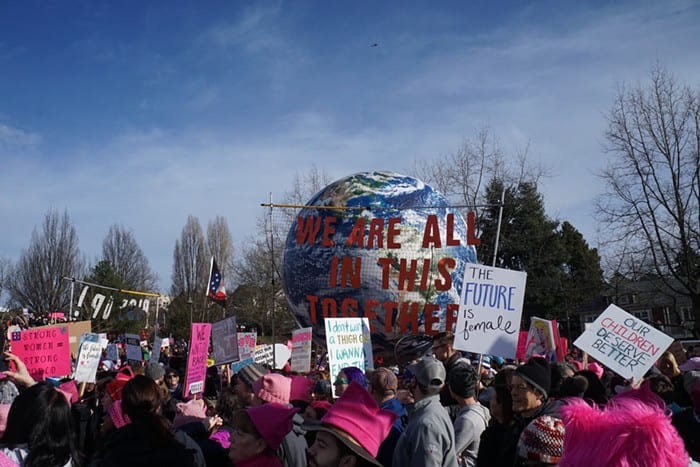 WHEREAS, in the United States, the average woman is paid 77 cents for every dollar a man makes, and that figure is much lower for women of color:according the Center for American Progress, in 2016 African American women earned only 63 cents; Native Hawaiian and Pacific Islander earned 60 cents, American Indian 58 cents; and Hispanic women only 54 cents for every dollar made by a white man; and

WHEREAS, the United States is the only developed country without a paid family and medical leave policy, which is one of the largest factors that contributes to the current gender wage gap, creates economic insecurity of families, obstructs professional advancement, and limits lifetime earnings of women; and

WHEREAS, the combination of workforce equity policies, twelve weeks of paid family and medical leave, and affordable child care have been demonstrated to nearly close the gender wage gap and decrease the number of families living in poverty; and

WHEREAS, the policies we develop must address women’s unpaid care and domestic workin order to support the overwhelming majority of women in the informal economy, as well as promote women’s access to employment in innovative technologies and practices; and

WHEREAS, we continue to fight against the unjust and xenophobic implementation of national immigration policy and its destructive effects on the women and families of Seattle; and

WHEREAS, reproductive rights and equal access to health care are hallmarks of an equitable society, and we recognize these rights are being substantially rolled back at the national level; and

WHEREAS, we know that transgender women are disproportionately more likely to suffer discrimination, violence and abuse, and we must commit to the elimination and prevention of this hate as well as fight to change all norms that perpetuate discrimination against gender queer individuals in our city; and

WHEREAS, we reject violence in all its forms, and especially that which targets women in the home, on the streets, in the workplace, in media, and on the Internet; and

WHEREAS, we urge swift and appropriate progress towards closing the gender pay gap, ensuring women have the necessary supports to succeed in the workforce and have full access to reproductive health care in our City, State, country and across the globe. [24×7]