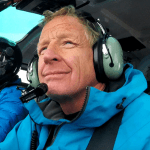 “Mirror, mirror on the wall, who’s the fairest smart home products innovator in the Pacific Northwest?” Let’s expand that kingdom to everything this side of the Pacific Rim where brands like Panasonic and Jacuzzi rule, and across the Atlantic to the Black Forest where Grohe and Kohler are the kingmakers.

For the answer to that fabled question, just ask the Bluetooth-enabled, LED-embedded smart mirror line named Viio™.  It has a built-in Bluetooth speaker that allows you to listen to music, podcasts, news or take hands-free calls, all from your mirror. Or install the world’s quietest, most advanced, moisture-sensing Veent™ bathroom fan and — like its illuminating, smart night-light with six colors to choose from — you’ll get the same enlightening answer –Tony Branham, the founder and CEO of GTR Technologies in Port Orchard, Wa., a short ferry ride from Seattle.

When he’s not heli skiing off of mountain peaks on his snowboard or enjoying the other amenities of the Northwest lifestyle, the man who designed the electronics for the Jacuzzi J-DREAM shower system and who knows Roy Jacuzzi and Hans Grohe on a first name basis, is advancing the most intelligent room ventilation ever made, right here in the Pacific Northwest.

Seattle24x7: How did you get involved in the home and bath products business?

Branham: I began setting up electronics for the major industry trade shows which showcased the latest concepts. I was the electronics mind behind these very imaginative and elaborate concept displays. We built things like floating keyboards and remotes, and we mounted a 42” television inside of a round bathtub. 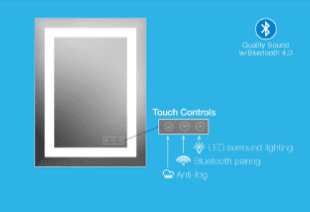 Someone said to me, you do so much with bathroom design, why don’t you do something about bathroom moisture? Panasonic, the world’s largest ventilation fan maker, launched a product line using our moisture control switch technology and design. Today we make a line of switch products for them under the brand name of WhisperControl.

Seattle24x7: What inspired you to become an engineer in the first place?

Branham:  Y’know, I met up with an old family friend recently, a former neighbor, who reminded me of a time in my childhood when my younger brother didn’t have a bicycle. He said, “I will never forget when your brother wanted a bicycle, you camped out in your garage and built him an entire bicycle out of spare parts, that’s when I knew you were something special”  Ever since I can remember, I have been creating things out of nothing, it seemed like the natural progression into this industry.

Seattle24x7: You soon began incubating your own products? 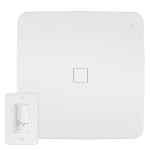 Branham:  Yes. In 2010, DewStop, our humidity and condensation sensing switch, won a Popular Science Magazine award for Top Home Technology.  This prompted us to start designing bathroom fans, utilizing and expanding on the same technology.

Seattle24x7: Has 3D printing become an integral part of your design practice?

Branham:  Yes, we have evolved our talents in the 3D virtual space. Since we have an office in China, we do prototyping on a 3D printer and have them shipped to us.

Seattle24x7:  How would you contrast the bathroom equipment in Japan, for example, compared to the United States? For instance, a recent article pointed out how in Japanese culture, showering takes place at the end of the day for cleaning off rather than in the morning when people have not been out or gotten dirty.

Branham: It’s not unusual that in a society where taxi cab drivers wear white gloves, the tradition is for everyone to be very clean. It’s interesting. Years ago, I developed a product called Body Tower, which was this electronic twelve jet shower tower you tiled into your wall. It would bring the water to an exact temperature, heat the floor, and had a shower control panel that was ahead of its time. This is a concept that was adopted in Japan years before the United States.

Seattle24x7: The Veent bathroom fan is so advanced, you call it “The Learning Fan.” How did it come into being?

Branham: Having worked with top industry OEM’s, I wanted to design and manufacture a fan that none of my competitors would ever make. Initial brainstorming came up with everything that you would want in a bathroom fan, both from a features standpoint and the way it looks. And yes, it is in a class by itself. 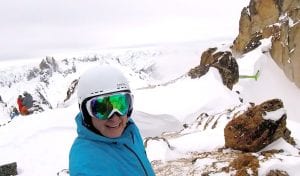 ‘The learning fan,” means that the fan will learn your room and detect when moisture changes occur. So when it detects spikes in moisture, it would then activate and return the room to its regular dry state. It is also the first fan with an App for iPhone and Android that allows you to set the fan sound level, set the fan speed from 40 to 120 CFM, and set the night light to help keep the bathroom safe in the dark with your choice of colors.