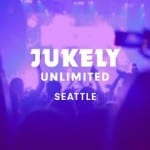 Following successful launches in New York City, Los Angeles, San Francisco, Austin, Chicago and Miami, the “all you can eat” club and concert subscription service known as Jukely has landed in Seattle to offer music fans an endless buffet of an unlimited number of live shows in E-city for just $25 per month.

“The popularity of Jukely Unlimited has grown exponentially since we first introduced the service to New York residents in October,” said Bora Celik, Jukely Co-Founder. “We’re coming off tremendously successful launches surrounding SXSW in Austin and Miami Music Week, so expanding internationally is the next natural step to keep the momentum going. We’re already working with some of the best venues and promoters in Toronto and anticipate further expansion into Canada in the months to come.”

Jukely Unlimited also revamped its Unlimited Plus membership this month – granting access to the subscriber and a +1 guest to all shows. Now subscribers have the option to either bring a friend along to shows or use the additional pass for themselves to gain entry into a separate show the same day. This means subscribers can technically go to 60 events in one month if they took full advantage of the Unlimited Plus service, for a flat fee of $45 a month.

Jukely Unlimited is being dubbed the “Netflix of Concerts” – granting access to subscribers to some of the hottest clubs and hippest underground venues for an affordable monthly fee through its relationships with venues, promoters and artists. Jukely Unlimited helps the industry reach its full potential by ensuring ticket supply does not exceed demand, helping fill venues and increase overall revenue for promoters/venues.

According to Billboard, the average Jukely Unlimited member goes to two and a half, almost three shows a month, which is 20 times more than a regular concertgoer who goes to one or two shows a year.

Attendance to shows offered through the Jukely Unlimited service is only limited by availability, meaning subscribers can RSVP directly online to as many shows as they wish to attend by visitinghttp://jukely.com/unlimited. New shows go live daily on the site at 11 a.m. posting about 3 days before the event takes place. Subscription gifting is also available at http://jukely.com/unlimited/gifts. 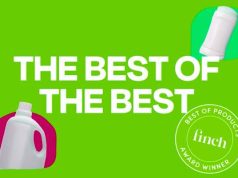