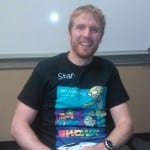 WOWZAPP, the first simultaneous global hackathon for students, startups and professional developers in Microsoft’s history, surfaced over the rainy Redmond weekend past and reverberated worldwide.

Following the recent Windows 8 and Windows Phone 8 launches, more than 100 locations across five continents held weekend-long hackathons for students and other participants to create apps for the Windows ecosystem.

Participants in the USA, India, Finland, Pakistan, Greece, Malaysia, Turkey, and Brazil among other countries, worked together for 48 hours, creating Windows Store apps for consumers to enjoy, building off the momentum of the release of Windows 8, which saw sales of more than 4 million upgrades in the three days following its launch on Oct. 26.

“With more than 14,000 students registered to participate, WOWZAPP 2012 was conceived as  the largest simultaneous hackathon of student developers ever, acting as a catalyst to bring a wealth of new, exciting and quality apps to the Windows Store,” said Moorthy Uppaluri, general manager of Worldwide Academic Programs at Microsoft.
“Microsoft is committed to empowering students with the tools and resources they need to showcase their creativity and make money through app development.”

With the global youth unemployment rate at 12.7 percent* — double the overall unemployment rate — students are seeking new ways to build their skills and start their careers. Microsoft offers students a variety of programs to help them learn new app development skills and differentiate themselves in a competitive job market.

WOWZAPP 2012 is a chance for students to explore a different professional path, and is just one way that Microsoft is equipping students with free tools and resources to build apps.

Microsoft provided students at each hackathon location with free software to create apps, such as Visual Studio Express for Windows 8, and with free Windows Store registration codes through Microsoft DreamSpark. Developer experts and trainers were available around the clock to answer questions, and Microsoft executives such as Uppaluri and Drew Robbins, director, Technical Evangelism, were on hand to discuss what it takes to build great apps for the Windows ecosystem.

Den Delimarsky, a student at Wichita State University in the United States, is one of three developers who created the official Microsoft WOWZAPP 2012 app, which is available on the Windows Store. Besides keeping up with his schoolwork, Delimarsky is a Microsoft Student Partner and is also in the middle of building two additional Windows Store apps. He said, “The Windows Store provides a great opportunity for both professional and student developers worldwide. WOWZAPP 2012 is a part of that opportunity, and I am excited to see what new applications will be added as a result of this event to the Windows 8 ecosystem.”

Students can choose to enter the apps they create in Microsoft’s annual technology competition,Imagine Cup, where they will be eligible to compete for a total of $300,000 in prize money. 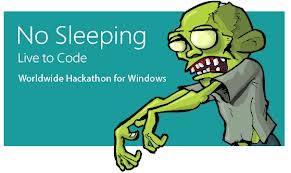 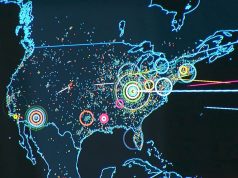