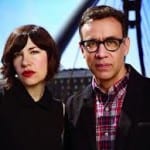 In an industry, (or is it a “Search Engine Land?”), that specializes in raising online visibility, search and social rankings, clickthrough and conversion rates and other “key performance indicators” for twenty-first century marketers, Seattle’s SEOmoz has put up some pretty impressive data points of its own after raising over $21 million in venture funding during 2012.

The analytics? SEOmoz brought in the same $21 million in earnings last year with 95% of its income coming from a staggering number of  search consultants and in-house marketing professionals (18,700+ according to disclosures) who subscribe to a service package called SEOmoz Pro for around $100 a month.

SEOmoz had its origins as the first independent online community and clearinghouse for search engine professionals (and still lists itself as a .org domain). Since its days of consulting with clients like Yelp and Etsy, the “Mozzers”  have evolved into a SaaS-based search marketing tool-and-software maker and are bridging from organic search and link building support services to encompass Local Search, Twitter Followers and other audience segmentation and marketing channels.  The expansion is also leading them in a new direction, culturally and geographically, straight down the I-5 corridor to Portland (aka “Portlandia”) Oregon.

The Trailhead of Portlandia!

While headcount has almost doubled at its Seattle HQ, the most prized scalps for SEOmoz have come with the acquisition of GetListed, Followerwonk and the just announced AudienceWise, all three firms based in Portland and all three carving out a different piece of the search world pie. While SEOmoz gave up consulting in 2009, it now recognizes the need for training its own surging staff and has brought in the principals of AudienceWise, industry veterans Matt Brown and Tim Resnik, to perform in-house marketing  and enhance the online user interface. 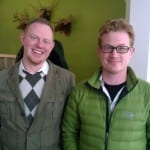 According to SEOmoz CEO Rand Fishkin, “SEOmoz is acquiring AudienceWise’s process & products (including some research work and software Matt & Tim have built), the team itself, but NOT the consulting business. Matt & Tim will continue to do a small amount of consulting outside of SEOmoz, and our business will continue to remain free from services revenue.”  Matt will report to Rand with the title “Head of Special Projects,” while Tim will be on the SEOmoz product team as “Principal Product Strategist.”

No graduates of clown school, or colorful, double-decker bicyclists in this group, not as portrayed in the popular “Portlandia” television series starring Fred Armisen of Saturday Night Live fame and Carrie Brownstein who grew up in Olympia, WA, a fun exit between Seattle and Portland.  In the Portlandia video trailer, Portland is described as a place where “young people go to retire” and there are “no occupations whatsoever .”  While that parody does not sound like the motivated SEOmozzer, culturally speaking, it does sound like the company recently voted one of the Best to Work for in Seattle by Metropolitan magazine.

“The MozPlex  [in Seattle] is an inspiration, but we’re really hoping to make the [Portland] GetWonkWisePlex a place where Moz’s Portland employees can feel truly at home,” said Matt Brown, who was interviewed while supervising the completion of a new bike and hula hoop rack outside of the office. “Rand has given us a lot of leeway in creating the ideal environment for our work. We were able to tap into Portland’s community of local artisans when planning our new space, and we’re proud to be doing our part for the local ecosystem.”  [24×7] 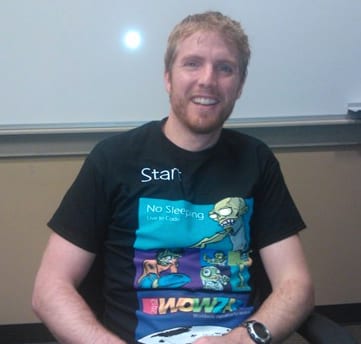