How can the cutting-edge tech industry, with over 500K job openings currently available, meet the challenges of a workforce shortage in so many skilled positions? How can tech employers create greater diversity among those hired to join the workforce?

By elevating the time-honored tradition of apprenticeship training that has existed from the Middle Ages through school-to-work programs around the globe, Apprenti is cultivating and mentoring diverse talent in America, and today celebrating its third year of graduates.

Under the tutelage of the Washington Technology Industry Association which founded the program, and Apprenti Executive Director Jennifer Carlson, who has expanded the program from its Seattle headquarters to 15 markets across the country, Apprenti has had no problem demonstrating its proof of concept.

Through an innovative selection, certification and hiring process, the 501-3c works with the tech industry to identify mid-tier jobs that are ready to be filled by highly competent people — regardless of educational background. It then seeks to recruit and train candidates to fill these roles with an emphasis on underrepresented groups including women, minorities, and veterans.

In just three years, Apprenti has placed over 700 apprentices at companies including Amazon, Microsoft, Wayfair, Blue Cross Blue Shield, Liberty Mutual and JP Morgan Chase. Most importantly, the median pay for apprentices before they came into the Apprenti program is $34K, the median wage during apprenticeship is $56,701 (range $52K-$124,650), and post apprenticeship the retained median salary is $86,252. 80% of Apprenti graduates have been retained by their employers after their apprenticeship training.

Executive Director Jennifer Carlson spoke about the achievers in the graduation ceremony, “These apprentices are the trailblazers that will change the concept of workforce and hiring practices as we know it,” she said.

WTIA CEO Michael Schutzler concurred, “Of all the programs of the WTIA, I am by far the most proud of Apprenti’s work.”

The following Apprenti apprentices graduated at the semi-annual Seattle ceremony. Each can share Schutzler’s pride with their new job titles and their new employers having successfully completed the training program. They will now pursue their initial year of paid work as new grads. 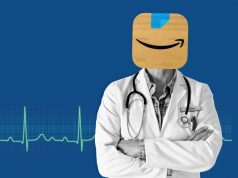