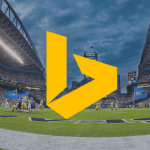 Before laying down a bet on an NFL game this season, be it an actual physical contest or a “fantasy league”
game, pigskin fans will want to consult Cortana, Microsoft’s own search engine bookie.

Bing Predicts is back for a third year of propping up the digital assistant with pre-game data mining that has proven correct an impressive 67% of the time, at least when picking the home team to win!

A search for NFL predictions on Bing.com will summon the coming week’s predictions for all NFL games based on data mining from a variety of sources including social media signals from Facebook and Twitter. The statistical modeling program also incorporates the latest wrinkle in search technology — machine learning!

Fantasy football fans can search for “fantasy football predictions” on Bing when deciding who to start each week, and which free agents to pick up in order to optimize their weekly lineup.

At the start of the season last year, Bing made a strong statement, correctly picking the winner in 13 of 16 games.

For the season openers in 2016, here’s how Bing sized up Week One:

The blue flags in the Bing search results indicates the winners and winning percentage. Playing no favorites, Bing Predicts picked the Patriots to narrowly defeat the Seahawks in the 2014 Super Bowl with a 51% win percentage.  [24×7] 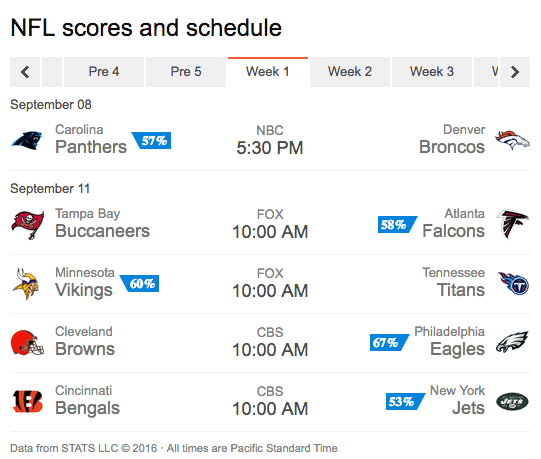