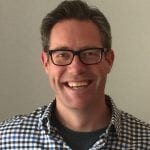 Remote control sight-seeing is now as close up as your camera phone — new sites to discover or places to revisit, locations to scout (like real estate), world marketplaces to shop, or causes to support (through philanthropy).

uZoom is redefining WYZIWYG — “What You Zoom is What You Get!”

The true power of global connectivity is a lot more than a telephone call or an email. Yes, we can connect to one another online as never before, but the ways we can engage over that connection are still in their infancy.  What if we could teleport not simply our voices or messages but our knowledge and skills, not in VR but in “RL” (Real Life).  Just picture it!

Seattle’s uZoom has introduced the concept of remote video navigability with the ability to see the world through someone else’s eyes, or in this case through the lens and microphone of their smartphone — and in a manner you can direct with fingertip controls. Once you’ve downloaded the uZoom app you can search for “Zoomer” partners on other parts of the planet and make them your media eyes and ears. In exchange for their services, the Zoomer receives a commission from the zoom session — the default rate is .60 cents per minute — the virtual equivalent of an Uber photographer for hire.  Once the video recording has ended, the content is instantly downloadable from the uZoom website. 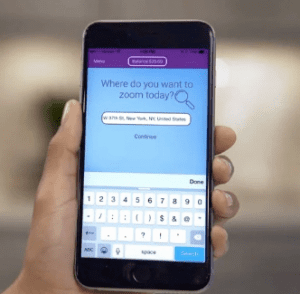 Where do you want to zoom today?

Do you have a bright “eye-dea” for creating your own Zoom? Would you like to become a Zoomer for hire?  We talked with Kjell Oswald, the Chief Impact Officer for uZoom, about how he envisions the incredible possibilities for this far-sighted concept.

Seattle24x7:  Kjell, you have the title of Chief Impact Officer for uZoom? When did that title come into vogue and what does it mean to you and the work you are doing?

Kjell:  The quick answer its that I didn’t know it was in vogue yet (laughter) so that’s kind of fun. To me, the name represents the potential that uZoom has in some pretty impactful areas like global development, global health, and the world of philanthropy in general.  We wanted to come up with a title that spoke to that mission. Social Impact Officer tends to overlap with Corporate Social Responsibility.  What we landed on is the fact that the platform can do so many things that can have a very positive impact. Perhaps a better position title would be Chief Positive Impact Officer.

In terms of what the title means to me, we’ve created a platform that we believe can be used to change people’s lives in a lot of different ways. We want to help feed the imagination with those goals and promote the use cases that do the greatest good. My job is to be a steward of that.

Kiell:  Creating the council was a chance to invite many different organizations and countries to work with the platform. What has been very moving and inspiring to me has been how excited philanthropists are about using a platform that makes direct impact.

One critical area for applying the technology is known as “philanthropic tourism.”  Often the chief philanthropy officer of an NGO, who is a steward for donors, will conduct trips to visit project sites, for instance in Kenya or in Vietnam. They are delighted to be able to say, we’re going to take you through what we’re doing on the ground. With uZoom, unlike a video or a web cam, you get to interact with the person on the other side of the lens. Whether a location is three blocks from you or halfway around the world, you can go there. And when engagement goes up, giving also goes up.

Seattle24x7: uZoom seems to combine the best of a guided and a self-guided tour? 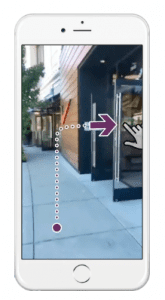 Kjell: By using text and navigational symbols in the uZoom app, we’ve eliminated the language barrier. So this gives any organization the capability to make on-site tours or inspections available where and when they would like. It  also allows those who are involved as videographers to not only become a steward of the work but to make money doing it. It changes the relationship of the donor to the point where they are not just funding a project, but seeing and interacting with the project, and paying someone there to show it. A net economic gain has been created in that environment.

Or consider someone who wants to highlight the Syrian refugee crisis. I can see on CNN what it looks like and I can listen to what the reporter wants me to hear, but what if I was able to reach somebody who was working in a refugee camp and I could actually talk to a refugee? I might  talk to a dad who is my age who is there with his family. My understanding and empathy for that person, that family, and that cause can’t help but be changed.

Seattle24x7: There’s also a kind of nostalgic or romantic application for the platform?

Kjell: One of our advisory partners who happens to work in the area of public health came up with a very personal observation. As he put it, “If I’m out to dinner with my wife on our anniversary and suddenly I have the urge to walk around the Trevi Fountain in Rome which is where we had our honeymoon, I could request a zoom there and she and I could walk around and visit the gelato place we once tried.” Once this partner understood the concept, it was a quantum leap to global health.

Kjell: Well, he said: “I can see this being used for disease outbreak. Let’s say we got word that there was an Avian Flu outbreak somewhere, say in Hong Kong, we would need to get people on the ground to inspect all of the avian markets.”

In this case, the investigator could request a zoom in Hong Kong, and he could control that camera to film the avian markets in the way that he wanted them filmed. He could see exactly what he needed to see. He could then take pictures of what he was  seeing, and then, if he wanted, he could upload the photos or the videos to twelve colleagues around the world and they could all be inspecting the exact same thing. That got our creative juices flowing as far as use cases like that one!

For instance, we’re working with U.N. Habitat right now where we’re exploring an application for Urban October, which is a U.N. program that happens over the entire month of October and is focused on the cities of the world and how people live in those cities . We want to make use of the platform by which people experience how others live in their cities and have uZoom be the platform that exposes other ways of life beyond their own.

Seattle24x7: This sounds like uZoom as the virtual travel agency?

Kjell: When you think of travel in its purest form, the way you interact with people is different than how you would relate in your own city. You’re in a totally different environment and you will ask very different questions than you might in your normal routine. When you have those moments traveling and you come back home, you can’t help but be changed. You’ve looked at things in a new way. You’ve seen how people’s lifestyles may differ from your own. We want to be able to do that on a global scale for anyone who has a smartphone, both for advocacy purposes and for personal uses.

Kjell: It’s an interesting story. Martin Rincon, our founder and president, was in Japan watching a video on screen when he spotted something in the corner of the display. He tried to reach out and move the object with his hand but of course he could not. So he thought to himself, wouldn’t it be amazing if I could interact with the screen, not just at the surface level like Google Street View but by getting inside the video, maybe even talking with someone in the venue. Back in Seattle, Martin got together with Dean Graziano, who became our CEO, and then with Kelly Hill who is now our COO, when Kelly challenged them to take it from concept to prototype. Our CTO, Greg Harrison quickly got involved. Finally, when I saw the demo, I thought the idea was even bigger than what they had described. My first thought was of breaking news and a videographer on the ground anywhere in the world where other netizens could see what was actually taking place.

I remember when the WTO demonstrations broke out in Seattle. At the time, I was across the country watching the events unfold on TV. Thinking back, wouldn’t it have been great if I could have reached out to somebody on the ground and asked them to show me what was really going on. ‘Oh, it’s really limited to Union and Fourth Avenue. That’ a different perspective than I saw on the news.’

Seattle24x7: One of your test markets was in Rio de Janeiro for the Olympic Games. How did that go?

Kjell: It’s been amazing. We went in to Rio wanting to test the platform in a large enough city that the infrastructure was there but the infrastructure wasn’t flawless.  We wanted to test what the connectivity was like? How well would it work in that environment? What happens when you put 2 million people using cell phone bandwidth into the same setting? We chose an international setting because we want to be an international app.

We had a number of hypotheses to prove. Can people really make money?  Will people download the app? If they do, will they put their credit card in? Or will they just sign up and wait to be contacted to earn money? What is the ratio between video makers and video takers?  Would we be able to get into places that most people would not be able to go?  As it turned out we had people who were able to send a signal from inside the swimming pavilion, ungated by the TV networks. For assistance, we had twenty people on the ground who were uZoom Ambassadors. 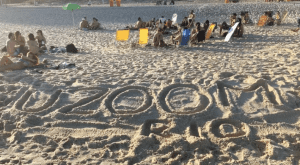 Kjell:  The current rate for zooming is one penny per second, or 60 cents a minute. uZoom earns 20% of that amount and the rest goes to the videographer.  It was gratifying to realize that, even in a completely nascent test environment, some of the uZoom operators were making $75 a day just by accepting Zooms. You can actually make real money doing this!

Zoom users also have the option of giving a tip. And we are exploring how people can hit a donate button if they want to make a contribution to a particular cause.  During the Olympic Games, we partnered with an international nonprofit that received all uZoom proceeds for that month, except for the portions going to those originating the one-to-one streams.

On the viewer end, 18-to-20% of people who downloaded the uZoom app actually added  their credit card for easy use. In all, the numbers truly validated our pay-per-view concept.