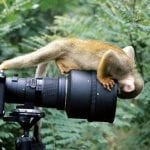 Our story on The Great Elephant Census and its “trunk line” to Seattle’s Vulcan Technology depicted the alarming state of the planet’s diminishing elephant population and how it is being tracked by enforcement officials while in crisis.

In the rainforest for which Seattle, and global business leader, Amazon.com, are both known and named, protecting indigenous culture and wildlife habitats is no longer a question of preservation, but a matter of basic human survival. Fragmented forests, our planet’s atmospheric filters, result in higher levels of carbon in the air and regional species decline.

As Samantha Zwicker, co-founder of the inspirational Fashion for Conservation family and Hoja Nueva which confronts deforestation in the Peruvian Amazon, explains: “The urgency of conserving there earth’s rainforests now goes beyond cultural and wildlife preservation. It is now a basic human need.”

“Thanks to our annual rainforest gala, our zero-carbon footprint, two story eco-lodge has been built in the lowland Amazon rainforest along with 2000 trees to create a research center that provides conservation and agro-forestry education in a world threatened by rampant deforestation and climate change,” relates Zwicker. 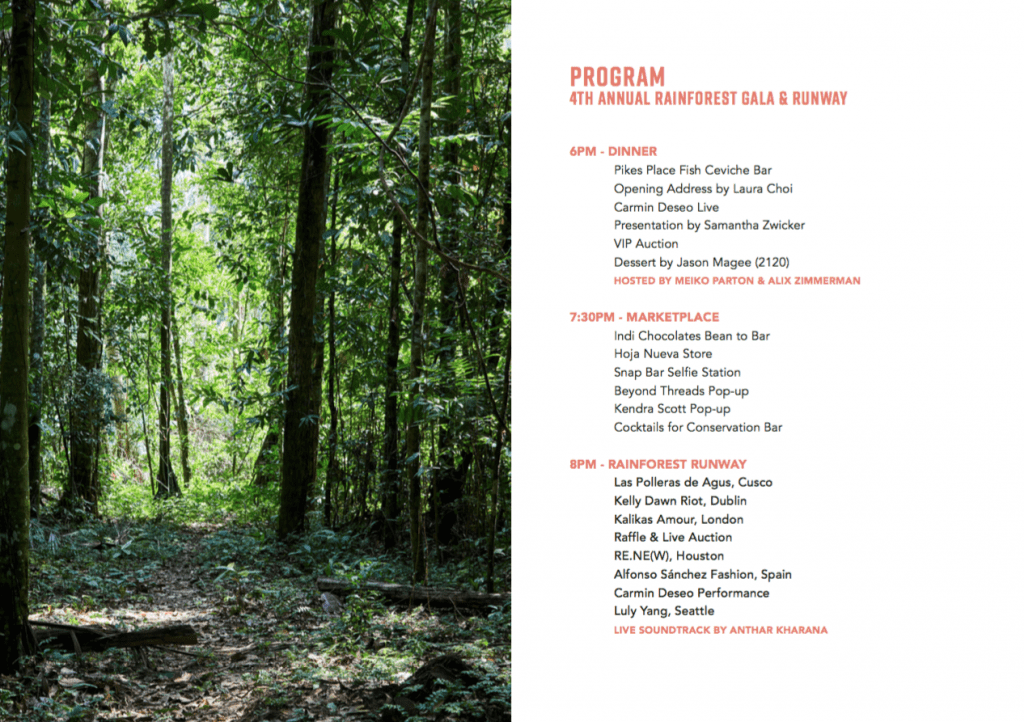 Fashion for Conservation’s newest campaign is Elephantasia, a campaign that is raising funds for elephant conservation.

Tickets to the Gala are extremely limited – get them before they’re gone!