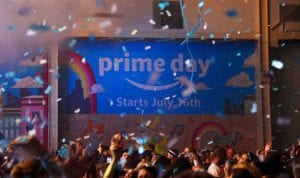 While many online shoppers were seeking refuge from sweltering summer temps, low-level lightning storms, high winds and even tornado warnings, the convergence zone for smart deals on electronics was Amazon’s “Black Friday in July” better known as Prime Day. This year’s event coincided with the coronation of Jeff Bezos, Amazon’s founder and principal shareholder, as the first person in the 21st century whose net worth touched the $100 billion mark.

Shoppers found the online sale bonanza to be rough weather in the early hours. 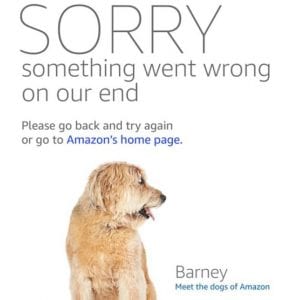 Thousands of people reported losing connections on the web site as well as with their Alexa digital assistants via Echo voice-activated speakers and having trouble streaming Prime Video, according to Downdetector.

Despite the litany of issues, sales in the first 10 hours of Tuesday grew at a faster pace than during the same period of 2017’s event. As expected, millions of devices that work on the Alexa voice-activated platform, with top-sellers including the Fire TV Stick streaming device and the Echo Dot speaker were among the most popular.  Shoppers spent 54% more than last year in the first three hours of this year’s event according to Feedvisor, which sells software to set prices in e-commerce.

According to BestBlackFriday.com which tracks the best consumer spending deals like the National Weather Service tracks the climate, the best selling product of Prime Day 2018 was the Echo (2nd Generation). This version of the Echo sold for $79.99 on Black Friday last year, so the $69.99 price is $10 cheaper and Amazon’s lowest price to date.

The Echo Plus sold for $119.99 on Black Friday last year, which is $20 more than the current Prime Day price. This is also the cheapest price to date  http://www.amazon.com/dp/B075RPT9WT/

The Nintendo Switch Bundle w/ SanDisk 64GB microSDXC UHS-I card + $20 Gift Card priced at $299.99 at $41 off.  is a fairly rare discount, so the memory card and included gift card makes it an even better deal http://www.amazon.com/exec/obidos/ASIN/B07DB49Q6P?th=1

The Xbox One S 1TB Console (Starter Bundle) + Rare Replay for $229.99 is/was $70 off-. Every Xbox deal is popular on holiday sales and while Prime Day delivers less than Black Friday or Cyber Monday, this is still a solid deal for those who can’t wait until November. http://www.amazon.com/dp/B07B9P4677/ref=gbdp_vlo_7f7eda81_B07B9P4677?_encoding=UTF8&smid=ATVPDKIKX0DER [24×7]