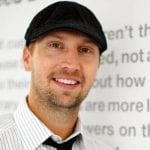 Ryan Gill believes he has developed a better way for work to work —and he has the work history to prove that what can work will work very well.

The Canadian entrepreneur and ad agency executive has authored two books on what ails today’s marketers and how agencies and solopreneurs can survive the widening cracks in the bedrock of traditional workplace economics.

His new industry architecture is designed to allow today’s marketing, creative, development and consulting professionals to both get hired and hire others in a community-based ecosystem.

How does it work? The challenge starts with bridging the divides in today’s increasingly fractionalized business community.

As proof the concept is already working, Ryan offers up Communo™, a consortium of over 250 businesses in the advertising and marcomm trade that he founded north of the border; first in Calgary, Alberta, then in Toronto, and finally in Vancouver, just up the Cascadia corridor on I-5. He also chairs his own ad agency that is doing work for top brands worldwide.

To introduce his collaborative consortium concept, Ryan chose the Northwest Chapter of the American Marketing Association which he addressed on a beatific Seattle summer day. Before the second inaugural event that evening, we asked Ryan to tell us more about his galvanizing workforce concept — and why and how it will work in Seattle.

Seattle24x7: Welcome, Ryan. How was your presentation to the A.M.A.’s Seattle Chapter?

Ryan Gill:  Thank you. It was well received. I talked about the operating model for advertising and marketing firms around the world, how these industries are changing and what I see as the new reality. The way agencies have grown over the years, indeed the decades, has been from a place where it was an asset to have a large number of people on staff. That model is changing, drastically.

Ryan Gill: Today that model has become a liability because few, if any, clients are signing on to 5-10 year retainers. The days where it was a competitive asset to have 100 people on staff aren’t just going away, they’re gone. In Seattle, we have noted the closure of Creature and the imminent closure of Wexley School for Girls as symptoms of the traditional agency dilemma.

All the economic indicators point to the fact that we’re not going to be looking at hundreds of employees in our service industries but rather lots of on-demand talent. That’s why we’re building Communo™ specifically for the marketing and advertising world.

Our organizing principle goes beyond our technology or our App — it’s how we can help every business learn to operate more effectively in the new “Sharing” or “We” economy.

Seattle24x7: Canada has been your proving ground? 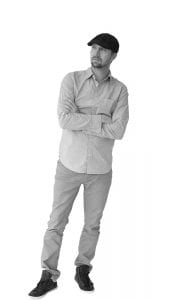 Ryan Gill:  Right. Our original name was The Collective but, it turns out, a lot of other people were using that name as well, so we renamed as Communo. The name is obviously derived from the word “commune” where members of the community take care of each other, everyone does their part, and together things work better.  Our startup city was Calgary, then Toronto, and thirdly, Vancouver, but we currently have members across Canada, as well as the U.K., and even the U.S. although we won’t have officially launched in the U.S. until tonight.

Seattle24x7: You are working with those in advertising and marketing exclusively?

Ryan Gill: Yes, one of our biggest differentiators is that we are a true co-op only for advertising agencies, P.R. firms, Web firms, designers, developers and marketing specialists. There are 40+ different niche disciplines that we’ve identified in three different vertical categories.

Seattle24x7: Can you give us the rundown?

Seattle24x7: Why should I look to Communo to solve my personnel demands instead of just picking up the phone, calling the people in my resume file or dialing a temp agency?

Ryan Gill: It is the simple economics of time and money. Firstly, staffing agencies or other talent sourcing websites are taking, on average, a minimum of 25% commission of an agency’s operating margin without adding a lot of value. It is becoming increasingly hard for agencies to get the talent they need to do great work at a fair profit. Secondly, our network and our community are people who are already in business and are vetted by us. In a very real sense, we act as an extension of these existing businesses, as a department in charge of team building, enlisting just the right people for a particular job.

So, when you click on our App, what used to take one to two weeks, three weeks or a month to hire or scale up now takes seconds. Going to the rolodex or to LinkedIn to find a working developer or a P.R. specialist takes time we simply don’t have available anymore. Communo members are people at work, not freelancers or those who are unemployed.

Seattle24x7: You also stand behind those member businesses in the network clearing up issues like copyright and work for hire. You’re also indemnifying each member of Communo, so there’s no risk or liability among any team member?

Ryan Gill: We have created a platform for commerce that enables a new way to work based on trust, transparency and inclusivity. A real sharing economy. Members rest assured their clients’ relationships, staff members and ideas are safe. Furthermore, because we are a ‘no-clients-allowed’ environment, we are, by design, indemnified from each others client’s legal teams and thus must have a standardized way to transfer IP from one to another to resell to clients.

Seattle24x7: Can you walk us through the process. So, I sign up, let you know my skill set. How does the vetting process manifest itself?

Ryan Gill:  The day you apply to become a member, you’re on the platform but you’re not yet verified. You are eligible to give or get work but you start out as a Candidate and are identified to others that way. Before you are even allowed on the platform we do several things. We’ll check your LinkedIn profile and examine your website to make sure you are who you say you are. Then, during the first 30-days of membership, we will conduct a one-on-one interview with you among other checks. In the end, probably 30-40% of candidates will not make it through the vetting process. To become a fully certified member of Communo, members need to demonstrate they can be productive contributors and win the support of their fellow members.

Seattle24x7: Are you simply looking for the most qualified candidates?

Ryan Gill: Not necessarily. Sometimes a project doesn’t call for an expert. It calls for a junior web designer, or it calls for a junior writer, while at other times it calls for a senior person. The platform does not discriminate based on experience. We absolutely will verify that you’re good at what you do so we’re looking for transparency and we’re looking for those who are willing to give, not just get. That’s an important part of a true communal strategy.

Ryan Gill: Our first area is membership — we have different levels of membership — for large teams, for small teams and for solo self-starters. Depending on the number of App seats (end-users) and the number of niche service categories each business wants to promote, the monthly membership fee varies. We also earn income from co-working spaces, and plan to open a facility in Seattle in the near future. We also earn income from professional development. We’ve brought on some of the best business coaches in the industry who are able to provide professional training and consulting to our members for a fee.  The majority of our revenue comes from membership (85%), co-working (10%), and then business development or coaching (5%). Unlike staffing agencies or talent aggregators, this keeps our motivations in the right place. Communo succeeds when it’s members succeed.

Seattle24x7: Besides being an innovator in the marcomm world, you are also the president of your own agency?

Ryan Gill: The firm is called Cult Collective and I was president for seven years. I now serve as chairman. It’s a large team and we’ve been proud to do work for some of the largest brands in the world including Home Depot, Zappos, and Harley Davidson. The agency is actually a member of Communo.

Seattle24x7: You look too young for such a stellar resume. You’ve also launched other startups?

Ryan Gill: I  started a company in 2000 called Suitcase Interactive, one of the first digital agencies in Canada. I ran that for 13 years as CEO. I then started a project called The Gathering which is a global summit that we affectionately refer to as “An Exclusive Union of the World’s Bravest Brands.” 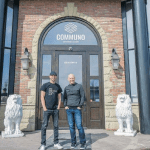 Seattle24x7: You are planning to open a physical space in Seattle?

Ryan Gill:  Yes, part of our process with Communo is to create a local physical presence. In Canada, we called the co-working space “The Compound.” As a new venture, we want to reach a certain amount of members in a city before that happens. At present, we have 20 cities earmarked and we are really looking forward to seeing what happens. Seattle is a place where we think we will do very well.

Seattle24x7: Communo is a new way to work not only for SMBs but for any size business?

Ryan Gill:  Yes, I would say that larger agencies, 20-30 people, would mainly use Communo for talent acquisition and talent augmentation. For SMB firms, they should think of us for deal flow and talent growth.  If they love the idea of being able to have 50 people one month and then 5 people the next month, the Communo platform gives them that agility. We think that’s simply awesome! [24×7] 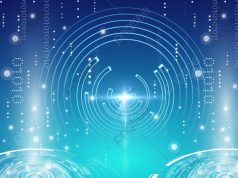 Does the U.S. Need an AI “Bill of Rights”?—White House Says “Yes” 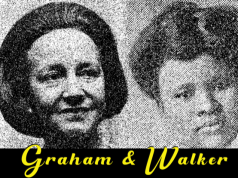