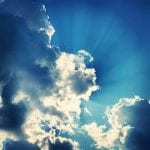 Microsoft is downsizing, or should we call it cloud-sizing? It’s rain that comes down from the dark clouds in these climes, sometimes in a trickle or a mist, at other times in a downpour.

The company says it is reorganizing its workforce for the future of, what else, cloud computing.

In an effort to pare down employment rolls in some divisions while adding to the roster in more promising areas, up to 3,000 positions are said to be facing elimination.

While the word on both sides of the Lake is a bit gloomy, Microsoft has inferred that a majority of the employment cuts will occur outside of U.S. or P.S. shores.

Widespread rumors of layoffs in the thousands began percolating throughout the company last week. An internal memo to employees on Monday spelled out changes in Microsoft’s consumer and commercial businesses and how it sells cloud services.

Talk about a silver lining, the commercial cloud run rate, an extrapolation of future financial results, hit $15.2 billion during the March quarter, up from $14 billion in the previous quarter. Meanwhile, revenue in the company’s intelligent cloud group grew by 93 percent to $6.8 billion in the quarter.

Last year at this time, Microsoft cut 2,850 people from its smartphone and sales teams. For the entirety of the last fiscal year which ended June 30th, Microsoft cut 7,400 employees.  Traditionally, the end of the FY is when layoffs have occurred.

The weather report for cloud computing puts Microsoft in the forecast but lagging behind Seattle frontrunner AWS. Amazon Web Services retained an impressive lead in analyst Gartner Inc.’s latest Magic Quadrant for Cloud Infrastructure as a Service report, with Microsoft Corp. and Google Inc. failing to make up much if any ground over their biggest rival.

It’s no surprise that AWS continues to dominate the IaaS scene. The company has held a commanding lead ever since cloud computing became a thing a decade ago, and Gartner noted it’s now the most commonly chosen provider for strategic, organizationwide adoption of cloud infrastructure services.

According to SiliconAngle.com, Microsoft Azure ranks second primarily due to its appeal among enterprise customers. Those customers tend to gravitate toward Azure primarily so they can extend their existing infrastructure-oriented relationship with Microsoft and their investments in its technologies.

Gartner  also placed a high value on Azure’s ability to integrate with Microsoft’s application development tools, as well as its specialized PaaS capabilities that include Azure Data Lake, Azure Machine Learning and the Azure IoT Suite.

However, Gartner called out Microsoft’s service experience as being “less enterprise-ready than expected.”

As for the Google Cloud Platform, Gartner says it remains a good distance behind the top two, though it is still a good option for “cloud-native” companies. The company’s strengths include its innovation engine and focus on portability.

The rest of the field drops precipitously after the three leaders. IBM Corp., which is often cited as being one of four so-called “cloud giants,”  was not  reflected as favorably in Gartner’s Magic Quadrant. Instead, IBM’s SoftLayer offering finds itself deep down in the “Visionaries” box. “

Also struggling to catch up is Oracle Corp. The Gartner study concluded that Oracle’s Gen 2 cloud offering is a “minimum viable product,” with only a basic selection of cloud IaaS compute, storage and networking capabilities.

The last remaining “Visionary” in Gartner’s list is a new entrant, Alibaba Cloud, operated by the Chinese web giant Alibaba Group Holding Ltd. Alibaba Cloud is the dark horse thanks to its financial muscle and its commanding lead in the Chinese IaaS market.  For now, though, it remains considerably behind the likes of AWS and Microsoft because of its “limited track record” and the weakness of its international cloud platform, which doesn’t possess the same capabilities or performance of its Chinese version. [24×7]