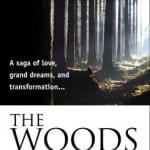 Just in time for those long winter nights spent cuddling with your Kindle, there is The Woods

“In 1934, the Longshoremen closed the ports on the West Coast.  In 1935, the woodworkers shut down the mills and logging companies in Washington and Oregon,” says Geigle, a Washington State native and longtime Washington, DC, consultant. “As a writer, I was intrigued by the idea of setting a novel in the center of this fervent unionism and remarkably rich strain of Northwest history.”

Yet with all of this swirling about them––with death and mayhem being constant visitors––the characters in The Woods still pursue their ambitions and chase their dreams, from seeking love to controlling industries.  “My novel is about people trying to build lives during hard times,” Geigle says. “When the jobs and the banks go under, who do you turn to and how do you survive—especially when so many corporate barons and political manipulators are gaming the system?”

The author was steeped in this rich brew of big-timber logging and political activism from an early age. Like the novel’s young protagonist, Geigle as a boy often attended the funerals of townsmen who had been felled by the harsh and dangerous working conditions in the woods––conditions that, in part, gave rise to union organizing.

Geigle depicts his characters with Dickensian precision and humor. These salty loggers are blissfully un-PC, and their personalities are as rich as the empire-building timber barons’ bank accounts.

The author also uses his decades of experience working in Washington, DC, to imbue his Washington State characters with a bit more scheming and back-room politicing. “Some readers may find a parallel between what goes on in the book and what takes place in the nation’s capital,” deadpans Geigle, who grew up near Seattle and graduated from the University of Washington before moving East to work on Capitol Hill and attend Harvard.

But the novel is more than just sabotage, sex, and unions. It is also a beautifully drawn novel of a young man’s transformation, set amidst the majestic mountains and woods of the Pacific Northwest. Although he’d say he’s more adept at writing about intrigue than nature, Geigle’s descriptions of the environment are lush and transcendent.

Excerpt from The Woods :

In the 1930s, Washington State was packed with Reds—at least that was the claim in the East.  One of the Democratic Party bigwigs in Washington, DC, was reported as saying—referring to the forty-eight states—that there were actually forty-seven states in the country, plus “the Soviet of Washington.”  That may have been overstated, but it wasn’t that far from the truth, especially on the west side of the state—west of the Cascade Mountains.

Maybe it was the frontier spirit that still hung-on that fueled the radical streak; or all the drifters that ended up there looking for another chance; or maybe it was just that people who had fled the hard times of the Midwest or the South turned militant when things turned worse.