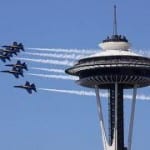 Seattle is poised at the leading edge of a new era of supremacy as the epicenter of Internet development.  We don’t really need Scientific American magazine to tell us that Seattle is the top city for technology in the country – ahead of other tech meccas including San Francisco, Boston, New York City and Los Angeles. The fact  seems so palpable you can fill your lungs with it at the first whiff of crisp, fall air and feel it in your pores.

With the possible exception of Apple (and its iProduct ubiquity), there is not a single Internet consumer category leader that is not either basing operations in the greater Seattle-Redmond-Bothell triangle or aggressively building a hub here, staffing aggressively and making E-City their primary or key secondary strategic capitol.

Pick your niche. Social media? Facebook’s engineering offices are  humming. And you can list the Platform, Avvo, UrbanSpoon, Übermind, Wetpaint, Banyan Branch, Biznik, SEOmoz and a raft of agencies, from Razorfish to POP to Smashing Ideas as respective leaders in their individual fields.

Internet and mobile gaming?  Zynga is now up and running here and adds to an elite corps of digital fantasy weavers. You know the games as well as the names: PopCap, BigFish, Bungie, GameHouse, Mobliss, Sony, Valve, Vivendi, WildTangent, and, oh yeah, Nintendo and that other gaming device – the Xbox 360 and Kinect.

Is there any doubt that Amazon has set the gold standard for Internet commerce?  Few consider there to be a more formidable competitor to Apple, whether taking on iTunes, the iCloud or bringing to market what is expected to be the only serious competition to the iPad in the form of a next-generation Kindle, rumored to be code-named “Lab126.” The new Amazon presence in South Lake Union, neighboring Seattle’s bio-tech, genetic and life sciences nerve center, has conjured the distinct feeling that Seattle is, among many things, an Amazon company town. 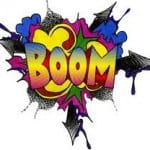 From Zillow and Redfin in online real estate to Expedia in travel, The Cheezburger Network in entertainment, Starbucks in brick and mortar digital, WhitePages.com in directories and Boeing into the wild blue future.  And while we push the envelope in Web thought leadership at the forefront of the column, the rank and file are not just undaunted, but surging with startup fever that is incubating ideas in countless domains.

Now word comes that Google is planning an 840-person expansion into Bothell to add to its operations in Kirkland and in Fremont.  Let’s not overlook the technologies that have come out of Google Kirkland including the development of Google Webmaster Central, GoogleTalk, the Instant Messaging client, the player elements for Google Video, Google SMS Mobile and a major chunk of Google Maps.

Meanwhile, back at planet Microsoft, the company is rock solid in enterprise computing and, let’s face it, owns the enviable position of being able to afford to leverage its Windows platform and  MS Office applications in numerous ways. The Microsoft-Nokia alliance is galactic in scope.

It’s hard not to feel enthralled by the excitement, the energy and the possibilities.  Seattle’s future is eclectic, electric and ecstatic!  [Ed. – Larry Sivitz – 24×7]