Just as one intellectual property infringement suit gets sent packing, another is ready to pack a whallop.

Paul Allen’s patent lawsuit against some of the tech world’s best known companies was sent back to the locker room Friday. U.S.  District Judge Marsha Pechman told the Seahawks owner his playbook was missing a few X’s and O’s and did not go far enough in describing specific allegations. Allen will apparently huddle up and chalk another play, calling the judge’s order a “procedural ruling” that won’t halt the offense.

Meanwhile former Microsoft Research head, Nathan Myhrvold, has announced three infringement suits against a raft of companies, including the top names in computer security – Symantec Corp., McAfee, Trend Micro, and CheckPoint Software. What is mind numbing is that Myhrvold’s firm, Intellectual Ventures, presently holds upwards of 30,000 patents and patent applications, which is believed to represent the largest portfolio of patents among any firm that does not actually manufacture or service a product.  Myhrvoid has taken up the ground game that Allen has lost, and then some.

The Wall Street Journal reported that the new round of filings are “setting up perhaps the biggest battle in the history of the patent system,” quoting one patent attorney who said, “Every company you can think of in the information technology space is a target” of Intellectual Ventures.

Until now, Intellectual Ventures has  not flexed its enforcement muscle.  “We can’t control the way people view the company or how they label it,” said Melissa Finocchio, who joined Intellectual Ventures in May as chief litigation counsel.  The firm “has always tried to make it clear that while we don’t think litigation is the most efficient way to monetize patents,” it has “recognized it as a tool we have at our disposal.”

Ms. Finocchio added that the firm only resorted to litigation after lengthy negotiations with the defendants–in some cases stretching for more than a year– failed to yield licensing agreements. She said Intellectual Ventures had success recently in landing some big licensees without litigation, including Samsung Electronics Co. and HTC Corp. [24×7]

Last week, the Federal Trade Commission called for a do-not-track option when requested by anyone browsing the Net and pressed advertisers to be clearer about how they collected and handle user data.

Stepping up to the challenge, Microsoft says it is adding features to the IE 9  browser that let users create “Do Not Call’’ lists as they wish.

Internet Explorer 9 will bar listed websites from tracking what users do on the Web, said Dean Hachamovitch, Microsoft vice president. The controls also limit what content blocked sites can display to users.  Like an “anti-social” list, anyone can create tracking lists and share them with other users who want to adopt that list. Users can install multiple lists and also designate any Web pages on those lists as safe. [24×7]

The last day for free shipping and guaranteed Christmas delivery for Amazon.com Prime program members is 7 p.m. PST Dec. 22, unchanged from the company’s original deadline. FOr those who have not signed up for the $79 all-you-can-ship deal, an extra day has been made available with the “Super Saver Shipping” option.  The new holiday-season deadline to qualify for “Super Saver Shipping” is Dec. 17. The previous cutoff date under the program had been Dec. 16.

No Ho, Ho, Ho for a Pod-like Costco

Next year, no matter when you ship, or shop, at your friendly, neighborhood Costco warehouse, you won’t have the delightful “unboxing” experience of any Apple products to be concerned about. Costco has disinvited Apple from merchandising products with the warehouse store, reportedly because there is no “extra discount” available for Costco members and the fact that Costco has been restricted from selling Apple products through its online store.  Now, come on you two!  Can’t two of the shining icons of America’s “quality” standard set egos aside and settle on a fair and reasonable compromise by, say,  letting Apple preserve the integrity of its one-price-for-all sticker, but allowing Costco to have the same online order and shipping privileges of, say a Tiger Direct, or one of the many Mac cataloguers who have been criticized for delays and miscues which Costco has not.

Costco quite famously stopped selling Coca-Cola products after a pricing dispute in November of last year, before resuming sales just a month later after the two companies had worked things out. Let’s hope Costco can still be the go-to iWarehouse, even though its board is full of Microsofties.  [24×7] 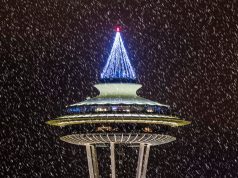