In a glimpse of what promises to be the future of Cyber Mondays to come, 24×7, Amazon has unveiled a delivery system designed to safely get packages to customers in 30 minutes or less using small unmanned aerial vehicles, also called drones. Putting the new service, dubbed Prime Air, into service will take some time, but Amazon is preparing to deploy its surface-to-air, door-to-door delivery system when it has the regulatory support needed to realize its vision.

Here are seven questions and answers about the high-flying concept:

Is this science fiction or is this real?

It looks like science fiction, but it’s real. According to Amazon, one day seeing Prime Air vehicles will be as normal as seeing mail trucks on the road. 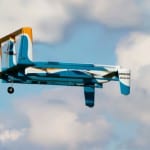 How will it work?

Amazon Prime Air is a future service that will deliver packages up to five pounds in 30 minutes or less using small drones. Flying under 400 feet and weighing less than 55 pounds, Prime Air vehicles will take advantage of sophisticated “sense and avoid” technology, as well as a high degree of automation, to safely operate beyond the line of sight to distances of 10 miles or more.

How is Amazon going to ensure safety?

Amazon states that safety is their top priority. Their vehicles will be built with multiple redundancies, as well as sophisticated “sense and avoid” technology. “We will not launch Prime Air until we are able to demonstrate safe operations.” 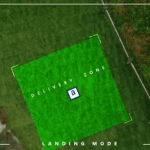 When will I be able to choose Prime Air as a delivery option?

Amazon will deploy when and where they have the regulatory support needed to safely realize their vision. “We’re excited about this technology and one day using it to deliver packages to customers around the world in 30 minutes or less.” 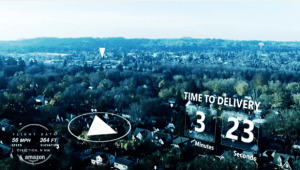 What will the Prime Air delivery vehicles look like?

The A-team is testing many different vehicle designs and delivery mechanisms to discover how best to deliver packages in a variety of environments. There are more than a dozen prototypes that have been developed in Amazon research and development labs. The look and characteristics of the vehicles will evolve over time.

There are Prime Air development centers in the United States, the United Kingdom and Israel. The company is testing the vehicles in multiple international locations.

How will Amazon integrate Prime Air vehicles into the airspace?

Amazon says it believes the airspace is safest when small drones are separated from most manned aircraft traffic, and where airspace access is determined by capabilities. To learn more, view Amazon’s airspace proposals here and here. [24×7]