Home ShopTalk End of an Era or an Error? The Numbers Behind Steve Ballmer’s...
Twitter
Pinterest
WhatsApp
Email
Print

In some circles, it felt like an almost Nixonian moment.  The president (in this case of Microsoft), having been “under siege” for some time, announces that he is resigning.  Like the Nixon tapes, the final chapter of which was released just this week, there is a chronology of achievement for Microsoft, including the Ballmer administration, that is publicly recorded – by Microsoft itself. The site “Microsoft By the Numbers” launched earlier this month.

The Redmond company calls the Number’s site “a collection of visual statistics about Microsoft products and services.” Laid out in the Windows 8 “Metro” design, the tiles are active, allowing users to click on them and see certain statistics about the company. Not only will you be able to know that as of August 11, over 250 million people have a SkyDrive (whether all of them use it regularly is another question), but that Microsoft also knows that about 2.6 million gallons of free beverages are guzzled every year by Microsoft employees (and that the most popular soda selection is Coke Zero).

The Website DigitalTrends.com had this to say about the numerological archive: “Although it’s nice that Microsoft is throwing a few “fun” statistics in there (about 554,000 pizza slices are consumed each year by Microsoft employees on campus), we’d much rather see one statistic that isn’t included in the Microsoft by the Numbers site: Surface sales. Sure, the first tile on the top left touts Microsoft’s sale of more than 100 million Windows 8 licensees, but out of 30 statistics on the page, that’s the only mention of anything related to Windows 8. ”

So what are the pro’s and con’s of Microsoft by-the-numbers, particularly at this changing of the old guard?  We gathered our stats from multiple sources so not all of this data is registered on the Web site with the same name.

Lifetime Revenue Growth:  “We have grown from $7.5 million to nearly $78 billion since I joined Microsoft.”

Lifetime Employment Growth: “We have grown from employing just over 30 people to almost 100,000. I feel good about playing a role in that success and having committed 100 percent emotionally all the way.”

Largest Acquisition:  Skype for $8.6 billion which has more than 300 million monthly members

The Bing Factor: Ballmer oversaw the creation of its Bing search engine, which by the time he retired had a 17.9% search share.

Windows 8: So far, Windows has sold around 100 million licenses for Windows 8, its next-generation Windows product

Most Questionable Acquisition:  The aQuantive advertising agency and Atlas DMT for $6.3 billion in 2007. MS took a $6.2 billion writedown on the deal in 2012.

Vista: “Vista had over 200 man-years too much cost,” declared Adam Hartung of Forbes.  Steve B. confessed in a ZDNet interview today with Mary Jo Foley that Vista was his greatest regret.

Windows 8 vs. Windows 7: Compared to 100 million licenses for Windows 8, Microsoft had sold more than 400 million licenses of Windows 7. And even before that, pretty much every PC in the world was (and many still are) running Windows XP. Now Windows faces an uncertain future as the PC industry continues to increasingly decline. 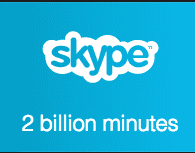 With the retirement announcement, Ballmer’s stock value received a nice boost: The stock was up more than $2 at post time, bringing Ballmer’s stake in the company about an extra $800 million.

Is there a Nate Silver-like prediction that reconciles these numbers as to the path forward for Microsoft? A Seattle-based GeekWire poll posed the question: “What do you think about Steve Ballmer stepping down?” At “press time,” the number one choice (52.9%) was “Best thing that could possibly happen.”

We hope  to see Steve leading the charge for a new Seattle NBA franchise since we know he loves the game.