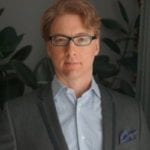 Having spent 10+ years as a board-certified, family medical doctor in Beijing, China, including multiple years as a health care correspondent for The New York Times, Dr. Richard Saint Cyr was one of the first Americans to author a blog from inside the Chinese capital examining issues of public health as a medical writer and photographer, including the influence of the Internet inside the most populous country on earth.

“My blog in China, myhealthbeijing.com, was never blocked — mostly because while I was always writing about controversial public health issues such as air pollution and food safety, I kept a neutral tone, not laying blame, but offering advice on how to stay healthy. I did have one scary moment when I read that a government official said “foreign doctors should stay out of public health in China.

While censorship is a critical issue, it has not dampened the enthusiasm of young Chinese people to make Internet usage a habit. “Internet addiction is as much a problem for kids in China, as it is in many countries,” says Saint Cyr. 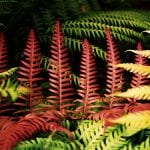 Contrasting eastern and western medicine, Dr. Saint Cyr was both buoyed and buffeted by the cross-current of cultures, including the benefits of bringing whole body and mind-body balance to medical treatments and the risks of outmoded methods and models in pediatrics.

One such culture clash regarded antibiotics for the common cold. “In China, almost everyone expects their doctor to give them antibiotics, because that’s what they’ve been given ever since they were a kid. The pediatric hospitals all have special IV centers where kids come in daily for a week to receive antibiotics by IV— for a common cold. I worked very hard to convince my patients that this was totally unnecessary, even dangerous. Most, but not all, were appreciative of my advice.”

On the more therapeutic side, many more Chinese are in tune with “balance” and staying fit than the average American, with regard to foods and herbals as preventives or “rebalancing” weakness or energy.

“I think the concept of balance, of yin/yang and excess/deficit in most Far Eastern traditions is incredibly helpful as a way to approach wellness and preventive medicine. It’s true that 80% of modern diseases are caused by preventable lifestyle-decisions, especially from diet, obesity, and lack of exercise. Approaching these illnesses as an “excess” or a “deficiency” helps many patients to understand their illness, and empowers them to change.” 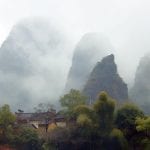 A highly-skilled photographer, Saint Cyr traveled throughout the countryside in China documenting both the aesthetic beauty of the natural surroundings and the scourge of air pollution in cities like Beijing. In a TedX talk, he analogizes that an average day in Beijing is equivalent to 1/6th of one cigarette.

“While the air pollution there is atrocious, it’s still not China’s #1 public health issue, as is shown in the World Health Organization’s Global Burden of Disease data. As I argued in one of my more controversial New York Times articles, Which Lifestyle Choice in China Will Kill You First, you could save a lot more lives by getting men to quit smoking, or to regulate salt limits in processed foods and soy sauce.

Where does this global health advisor who has made a new home for his young family on Bainbridge Island where he practices at  the Swedish Bainbridge Island Primary Care Clinic, stand on health care reform in the United States?

“It’s simply indefensible for such a rich country not to have universal healthcare. It’s astonishing how much more we pay in the USA per capita, with no clear added benefits in overall care, disease prevention, or mortality compared to single-payer systems across Europe and elsewhere. Let’s hope that changes soon!”

Follow Dr. Saint Cyr online on his new blog MyFamilyHealthGuide.com . His photo gallery can be viewed at richardsaintcyr.com.  [24×7]