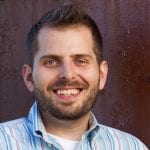 FlowPlay, the Seattle-based company behind the immersive gaming platform for casual and sports wagering games, virtual worlds and social casinos, has announced the appointment of OpenFL founder and managing director Joshua Granick as scientist-in-residence.

In this platform development and evangelist role, Granick will work to support the growth and evolution of FlowPlay’s platform, while continuing to support OpenFL as managing director. FlowPlay recently transitioned its mobile products to OpenFL, and plans to transfer its entire gaming portfolio and future development to the engine.

Backed by more than 20 years of deep developer experience, Granick has held roles spanning major corporations including Intel, HP/Palm and Blackberry, as well as numerous independent game studios. Driven by a passion for development and problem-solving, Granick created OpenFL to improve the quality of immersive experiences and accelerate development time for companies building 2D projects. Going forward, his work with OpenFL will include spearheading new features and serving as a strategic adviser for the more than 300,000 mobile game developers using the open-source, cross-platform engine.

“Thousands of games, technologies and industries are already using OpenFL, and it’s a perfect fit to enable FlowPlay’s future development plans,” Granick said. “By transitioning to OpenFL, FlowPlay has increased the versatilaity of the company’s multiplayer platform while accelerating development times and freeing up more resources to focus on new innovation. I’m eager to become a part of that process and help raise awareness on how OpenFL can help other developers in the casual games industry.”

OpenFL uses the Haxe compiler to create HTML5, Flash and native Android, iOS, Windows, Mac or Linux games. OpenFL can also be used for console targets, including PS4, Xbox One and Wii U. The open-source framework is continually growing based on the innovations from a dedicated community of developers who work to strengthen its code and ease-of-use. While primarily designed for 2D game development, the engine can be used across a variety of applications to make it the most flexible codebase to build games on. FlowPlay’s transition to the engine will demonstrate the flexibility and performance capabilities OpenFL can enable for the broader casual gaming industry.

“OpenFL and the open-source community created an engine that produces the quality, speed and versatility other engines cannot replicate or compete against,” said Derrick Morton, CEO of FlowPlay. “Granick took the time to build an engine for developers and by developers, and offers the industry an intuitive solution to handle the many challenges game creators face on a daily basis. He is an important addition to our team as we look to expand and advance our gaming platform.”

Granick will be speaking at Casual Connect USA in San Francisco on a panel Wednesday, July 20 at 11:00am PDT titled, “From Haxe to Unity – What Engines and Code Should Be Powering Your Game.” The panel will also feature John Eliot, Technical Director at Unity Technologies, Oleg Pridiuk, Evangelist at King, and will be moderated by Craig Robinson, VP Mobile Games at FlowPlay.

To learn more about OpenFL and how to implement or contribute to the engine development, visit http://www.openfl.org/. [24×7]