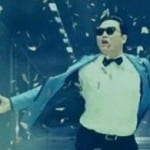 Seattle media magnate Ben Huh bounds onto the podium of the Seattle Conference Center festooned in black bow tie, bright blue dinner jacket and large dark sunglasses looking more like a “wedding crasher” from the Grand Hyatt hotel across the street, than the founder and CEO of The Cheezburger Network.

Dropping some fancy footwork on the crowd, the laughs grow loud and the smiles deafening. Are these antics part of “The Power of Humor” keynote the audience is so psyched about at the red hot 2012 Seattle Interactive Conference? (So hot the fire department was summoned before the opening session).

Don’t put anything past the proprietor of such Web magnets as I Can Has Cheezburger, LOLCats, ROFLrazzi, the FAIL blog, and Memebase, to name but a few. Ben’s “fashion statement” was itself a “message,” tailored to demonstrate how any visual “image” or snapshot can become an iconic symbol that radiates across the Web, like “a pebble in a pond,” through the magic of the “Meme.”

What better way to illustrate how the “memes” that caption our lives in these modern times — cats and puppies and kids (et  al.) can spread like ripples that turn into waves and can grow into virtual tsunamis around the Web.

According to Wikipedia, Huh was born in Seoul, South Korea. In 1979, he graduated from Northwestern University with a degree in journalism, although English was not his first language. “I got a degree in a language I didn’t speak because something in the power of media attracted me,” says Ben. At that time, the Web’s influence on journalism was growing exponentially, and so Huh decided to pursue a career in the Internet. He founded a web analytics company, which folded after 18 months. This was followed by three companies in the next six years.

In 2007, Huh started a blog for fun with his wife about living with a dog in Seattle. Later that year, there was a series of pet food recalls, and the company responsible took down their company website. Huh went through the company’s cached files and found a PDF that outlined the company’s customers, revenues, and facility locations. He posted this to his blog, and the post went viral, getting linked around the internet. One of the links was from a site called I Can Has Cheezburger and Huh struck up a friendship with the two owners.

Huh soon connected with a group of angel investors to buy I Can Has Cheezburger. At the time, the site was getting viewed 500,000 times daily, which Huh notes was “fantastic for a cat picture site that nobody understood. He likes to joke that his investor pitch was “I would like to start a media company by buying a cat picture website. Can you give me $2.25 million?” Huh states that “we felt like that there was a pretty good possibility that we were buying into a cultural phenomenon, a shift in the way people perceived entertainment.” 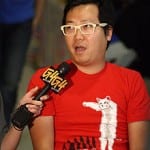 The memes Huh is talking about to the Seattle netizens at SIC 2012 are based on laughter, bringing a moment of joy to whomever comes across the combination of image and cut line or tagline that accompanies it. The use of humor allows people to express themselves both rapidly and positively. A picture may be worth a thousand words, but a meme is worth a million fans, and “likes” and clicks. Think of humor in advertising. The funniest ads are always the most memorable, reminds Huh. Laughter is a powerful tool.

What makes an ordinary image a “Meme”? Per Shakespeare, “That is the [new-age] question.” Out of all forms of online communication; text messaging, video and print, images are what the majority of people find most relatable. Huh points out that when you view an image, you process it instantly, in the moment it takes to open your eyes. There is no link to follow, no video to watch, so the image and “punch line” can be immediately absorbed by viewers. Another variation is the classic animated GIF, a file made of moving pictures that can be easily created for consumption at a frighteningly fast rate. Visual image captures are the easiest, quickest, and simplest form of communication. No wonder the image meme world is exploding, and growing larger each day.

We interrupt this reportage for an important announcement. Seattle24x7 has just launched a hilarious Tech Humor department that will entertain and inspire your imagination. Check it out here. “It’s not the incentive of creating content that people are responding to online today, it’s the process of creating content,” says Ben. He offers three steps to creating and delivering a meme:

· Step 1-  Determine your meme framework in the context of your campaign.
· Step 2- Develop effortless and fun meme tools
· Step 3-  Tap into a community to spread the meme

In Ben’s words, “The memes are the messengers.” They can capture almost every expression and feeling. Memes are also ideas that can spread from sub-culture to sub-culture. There are entire communities based off of certain memes. Clips and images can be taken out of context and the meaning changed from its original form as new captions are added. The opportunities are endless and business that use image related memes based on humor are booming. 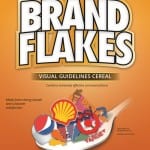 Fundamentally, Huh believes memes are the connective tissue for anyone to get involved in society and interact with the culture we live in. Bringing joy to each other’s lives and having fun in the process, is worth the effort of creating your own personal memes. You can do just that at LOLBuilder. May the farce be with you! [24×7]