Working alongside such industry behemoths as Paul Allen and former Microsoft technology chief Nathan Myhrvold, and having played a formative role in the launch of pioneering software like Asymetrix Toolbook and new wireless standards such as CDPD, which she also named, it would be easy to mistake Shelly Julien for a sublimely cerebral technocrat, mired in profundity and “ponderosity.” But Ms. Julien is first and foremost a skilled communicator, one who specializes in demystifying the complicated and simplifying the obscure and abstract.

Indeed, Shelly Julien’s career has been a metaphor for bridging the gaps that exist between disparate standards, technologies, protocols and ideas. It’s a key part of her mission as Vice President of Strategic Communications for NetMotion Wireless, a spin-off of WRQ. She also spends time connecting young people with technology, such as those she counsels in marketing classes at Lake Washington High School where she volunteers to talk to students about the marketing process.

“I’ve always gravitated towards trying to communicate complex material in an understandable way,” notes Shelly. “My first job out of college was writing a subroutine library manual for a Cray supercomputer. At the time, I knew nothing about computers. I very quickly got hooked on technology.”

Moving to Microsoft’s longtime PR firm, Waggener Edstrom, Shelly met two of the people who would become the most inspirational in her career. “The person I learned the most from in terms of the work that I’m doing today would have to be Pam Edstrom. She has often been named one of the most powerful women in high tech, because of her tenure in the PR industry. I learned a lot about how to manage relationships from watching Pam. She influenced me the most.” Another person who inspired me and who takes care of me spiritually is Jill Pembroke. I first met Jill when I was working for Asymetrix and she was at Waggener Edstrom. Jill has always made me feel very much at ease and a part of her network, both when we were working together at Waggener Edstrom and ever since.”

While at “Wagg-Ed,” Shelly worked with Microsoft’s Research and Development Group, becoming immersed in a lot of the projects that Microsoft’s chief scientist and futurist Nathan Myhrvold was exploring. Shelly’s role was to communicate the scope and substance of what was taking place in one of the world’s most influential think-tanks. “Nathan stood a great many of the things I thought were true on its ear. It was always amusing to listen to him because you never knew what was going to come out of his mouth next. It was always thought-provoking.”

Moving to WRQ, Shelley’s understanding of complex connectivity issues resonated once again with the standards-bridging company. NetMotion Wireless launched as a WRQ spin-off, and Shelly has been promulgating a new era of reliable wireless connectivity and security ever since. The company’s NetMotion Mobility software makes the connection between mobile device applications and the enterprise perform seamlessly, letting mobile users move across networks and coverage gaps while maintaining a reliable, secure connection to their data. The solution is making wireless devices and programs behave as if they’re constantly connected, even when they are not. So the user has essentially the same kind of experience that they have on a wired network and can use the same application via wireless that they were using while “wired” without a loss of productivity.

Throughout her career adventure, Shelly has consistently proven how PR and corporate communications are truly meant to perform as a well-integrated specialty of a cohesive marketing program. “PR has to be integrated as part of an overall marketing program, not just on its own,” Shelly informs. “I’m an integrator,” she tells Seattle24x7, “and a consensus builder. I really don’t like being competitive. I like win-win situations for people. That’s maybe how I ended up gravitating toward public relations.” [24×7] 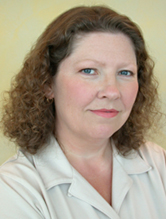