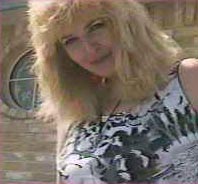 Call it synchronocity or serendipity, but Seattle WebGrrl Chapter Leader Jeanette Stanhope has found herself taking on positions of leadership and responsibility almost by accident. Like the time she showed up at a dinner meeting to discuss a Web design project with the System Administrator of a Bellevue Web hosting operation. The admin said, “Okay, here are the keys to the office, here are the passwords. I’m outta’ here!,” and headed for the exit, leaving her with a small server farm on her hands.

Of course, landing a job and doing it well are two very different things. When Jeanette inherited the Web hosting company, named Combined Communications, there were 20 accounts. By the time the financial backer, a retiree living on the east coast, decided to divest, Jeanette had brought on board a total of 100. Clearly, this Webgrrl is someone who both loves a challenge and does not shrink from hard work.

In fact, her daily commute is one that could incite road rage in a person of lesser patience, or at least make them squirm. Jeanette lives in Puyallup and works as a Web Design Technologist for Getty Images in Fremont! “That’s an hour and a half in the morning, and two to two-and-a-half on the way home,” she confesses. “I love my job.” Credit Jeanette with a healthy dose of creative solution-finding. “I put my six year old daughter in Seattle schools so we can make the commute together.”

We caught up with the Web-mom and Webmaster, in one of her rare free moments. If you can call talking on a cell phone while washing the car a “free” moment. Here’s how this wonder woman works it all out.

Q: Thanks for speaking with us, Jeanette. Can you tell us how you got started in the Internet field?
Stanhope: I started out at Microsoft for 3-1/2 – 4 years as a a software tester and ended up doing web design on their internal Website for several of their products, ranging form Windows ’98 to SiteServer to Visual Studio. At the time, I was an independent contractor.

From there I went to a company that, regrettably , is no longer around. Called eCharge , they allowed people to purchase things online and charge it to their telephone.  At the same time, I was running my own graphic design and Web hosting company in downtown Bellevue called  Progressive Expressions, which we later incorporated into CCC (Combined Communications Company).

There were six servers that we’d run and administer. My financial backer was in South Carolina, an elderly man who didn’t know a whole lot about the new technology. Most of the accounts were on the east coast or in the southeast.

Q: A first foray into venture funding…did you have a staff?
Stanhope: No, it was me, myself and I, and the boyfriend that I had at the time. He and I ran six servers. I inherited twenty accounts. We increased it to one hundred by the time the guy in South Carolina called it quits.

Q: How did you link up with WebGrrls?
Stanhope: I was a member of WebGrrls for around three to four years. I had joined for all the good input. It was a great resource for technology, how to write different code, etc., there were contacts for practically every purpose. Webgrrls is how I found my position at Getty Images.

At that time, they were having a Web design contest, and wanted to overhaul the whole WebGrrls site.  I submitted a few  ideas and my design came in third or fourth or something, and I offered my services as a volunteer to help keep the Website updated. I was updating the WebGrrls site for probably a year before Melinda Giovengo took over last October/November. I continued to support the Website so she could concentrate her energy on the mission of what WebGrrls was about.

One day an E-mail came through that Melinda was resigning and that management was looking for a leader. I sent Kevin [Kennedy, CEO] a quick E-mail and let him know that I’d step forward until they found a “real Chapter Leader.” And, he called me and said, ‘What do you mean if we find a real chapter leader? Why don’t you think you can be a chapter leader?”

Q: You were apprehensive?
Stanhope: I was initially tentative. Being a chapter leader I’m in the spotlight. I wasn’t sure I was ready for it or if I wanted it. I felt like if I faltered, I would look especially bad in front of all the people on the list. I had this nightmare of never finding work again because there are so many recruiters on the WebGrrl’s list.

So Kevin said, “Y’know, how about if we flipped a coin and everyone saw the good things that you do, and the progress that you make with WebGrrls?” We had a good two hour conversation and he was right. I should be looking at the positive side of it. So I said, ‘Let’s do it. ‘

Q: The chapter was going through some growing pains including a difference of opinion on some pivotal issues. How did you deal with it?
Stanhope: Well, I started volunteering right around the time that the rift was going on with the different leaders. The differences centered on the fact that the president of Webgrrls right now is male and it’s a girls group, and there was also a debate about profit vs. non-profit status. WebGrrl’s has always been for-profit. Some of the members just didn’t agree with that.

Q: Weren’t you afraid of what you’d be getting into?
Stanhope: As I told Melinda, ‘ If you don’t like something about a group, you can either get involved and help change it, or find the group that fits you and join it.’ At that time, some girls stayed and some left. When we had my kick-off in June, we had a bunch of new gals and a lot of positive energy. They were just rarin’ to go and get involved and start doing things. None of the bad stuff from last year even came up. We’ve had several members join since I’ve been Chapter leader which makes me feel kinda’ good.

Q: Were you surprised that the gender issue came up? WebGrrls allows men to join as well , doesn’t it?
Stanhope: The current president Kevin [Kennedy] didn’t actually start Webgrrls. Aliza Sherman, who was president of Cybergrrl, Inc., started the group in 1995 and really grew it. Aliza changed her path and now Kevin’s running the group as an administrator. Webgrrls chapters do not exclude men from joining our organization. While there are many other coed technology-related organizations out there, if men are genuinely interested in helping to educate and mentor women in their careers or if they are in the position to give donations and sponsorship to the group, their support and participation are welcome.

Q: Women’s groups have done well in Seattle’s Internet scene. There’s WebGrrl’s and Digital Eve and WIDJ (Women in Digital Journalism) and WriterGrrls (to name just a few), but the same can’t be said about men’s networking groups. You have to wonder why the men have not been able to put a group of their own together?
A: I also run another woman’s group that I’ve had for four years, and we tried to do a men’s version of that, and the men didn’t want to socialize in the same way. It’s just not in men’s nature to support each other in that way.

Q: What is the purpose of WebGrrls ?
Stanhope: Our purpose is to help women who are in the industry or want to get in the industry by providing the resources and a networking environment. Whether it’s classes or speakers or events, networking with each other. One of our philosophies is the “Need/Give” philosophy. Often at Webgrrls meetings, we ask that you state what you need from the Webgrrls group and what you can give back. It’s our mission to provide women with a unique, non-competitive networking forum and a comfortable environment for learning about technology; this is the guiding force and focus of all our undertakings.

Q: How many girls are there in the group now?
Stanhope: Over 200. Since I’ve taken over, there are 30-40 new enrollees. [Ed: Webgrrls International has over 100 chapters around the world in countries including China, Japan, New Zealand, Australia, Italy, Germany, France, the UK, Canada and across the USA.]

Q: What does it cost to join?
Stanhope: It’s $55 for a full yearly membership and $35 if you are a student or unemployed.

Q: Is part of your mission to help your people find work?
Stanhope: I think there are a lot of people out of work with so many dot.coms out of business and I think posting open jobs on our list is really important. it gives our members one extra edge that maybe somebody else out there may not have for not being a WebGrrl.

I mean I was working on the Web site today and our three main areas are “Education,” which is to provide resources for graphic design, HTML design and technology education, then “Exploration,” which is for resources like recruiters, and then “Empowerment” which also contains the job offers.

Q:What’s next on the agenda?
Stanhope: Well, I encourage all women to take that step forward in their careers and be motivated and, when the resources are provided, to use them. There’s no such thing as a dumb question, so ask it. You’ll get answers.

WebGrrls has a regular monthly brunch on a Saturday. We’ve been hosted by The Creative Group in the past, but we’re currently looking for new sponsors. A sponsor for the breakfasts, for speaker type events, and for those who are willing to offer discounts to WebGrrl members for products or services. In exchange, we can offer plenty of visibility at our meetings, on our ListServe and on our Website.

Q: Jeanette, you’re a marvel, what’s your secret?
Stanhope: Herbal teas. That’s it. A lot of espresso, too. Being a single mom of a 6 year old and a 12 year old tends to teach you lots of patience and ways to multitask. Just like the saying “I Think I Can, I Think I Can, I Know I Can… “