Home E-City From the Emerald City to the Red Planet Through the Eye of...
Twitter
Pinterest
WhatsApp
Email
Print 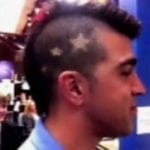 It’s millions of miles from the Space Needle, UW or the Pacific Science Center, but when the Curiosity space rover ended its eight month journey to the surface of Mars, a flight line could be traced straight back from the Red Planet to the Emerald City.

Redmond-based Aerojet, a GenCorp company, built the rocket engines that guided the vessel to Mars.

“We take huge pride in being able to support NASA on ambitious programs like this,” said Aerojet Project Manager Jon Schierberl.

During the “7 Minutes of Terror,” the window in time when the spacecraft enters Mars’ atmosphere and descends onto the planet’s surface, NASA used the Aerojet engines to make delicate maneuvers in propulsion that kept Curiosity stable and moving in the right direction.

For decades, Aerojet’s MR-111C 1.0 lb thrusters have played a significant role in scientific missions destined for Mars. Nearly identical thrusters were used to guide the Sojourner Mars Pathfinder Rover, and the Spirit and Opportunity Mars Exploration Rovers to airbag landings on the Martian surface. MSL provided an actively guided descent as the Curiosity rover was lowered from a Sky Crane that relies on Aerojet thrusters to power its final descent and fly-away.

Aerojet’s heritage in Mars exploration dates back to the 1970s when the company provided the original version of the throttleable MR-80 thruster for both successful Viking landings. Since then, Aerojet’s high-reliability thrusters have been trusted on every U.S. Mars mission, including the only other successful propulsive landing on Mars – the Mars Phoenix Lander in 2008. 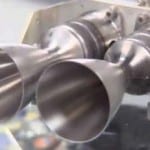 On Jan. 11, 2012, eight small monopropellant hydrazine thrusters fired for nearly three hours in order to position the spacecraft more precisely toward its planned landing spot in Mars’ Gale Crater. The trajectory, resulting from the mission’s Nov. 26, 2011 launch, intentionally avoids Mars to prevent the upper stage of the launch vehicle from hitting the red planet as it is not cleaned to protect Mars from exposure to Earth’s microbes.

The other interstellar space “celebrity” to emerge from the Mars landing, with equal curiosity, can be traced back to Seattle’s University District.

Bobak Ferdowsi, the Flight Director for the Mars mission, graduated from the University of Washington astronautics program in 2001.  As the spacecraft successfully landed, he could be seen on the video feed from the Jet Propulsion Laboratory in California breaking into cheer. Indeed, Bobak was hard to miss. He has earned the moniker “The Mohawk Guy” because he was wearing a uniquely-sculpted Mohawk hairstyle . 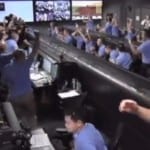 The story goes that the Apollo missions flight director, played by Ed Harris in the movie “Apollo 13,” donned a new vest for every Apollo mission. In turn, Bobak has sported a new hairstyle for each of the big events on the Mars project. The Mohawk cut, specifically, was voted on by the JPL flight team in a casual Internet poll. [24×7]