There are some companies that can trace their origins to soft-selling, including to the opposite sex. Facebook lore has it that the fabled business actually got started as a way for Mark Zuckerberg to meet attractive young co-eds on the Harvard campus and invite them to see their faces in Facebook. At the Apple store in Lynwood, Wa,, another relationship was budding out of a different kind of “soft sell.”

In 2007, Roberto Hoyos, an Apple employee, decided to create a set of pillows designed around Mac icons as a gift for a girl he was dating. Roberto had known how to sew since he was a kid, as his grandmother was a seamstress The delighted girlfriend took the set of Mac-themed gift pillows to her employer, Seattle’s Omnis Group, where the firm took to blogging about the prized possessions. A couple of months later, Gizmodo found the post and decided to blog about the pillows as well.

As so many things in the Mac and Web communities tend to go, the blog posts went viral and soon requests were pouring in for an assortment of what would become multiple lines of Throwboy Pillows. The Seattle company that makes the softest sell in high tech has been picking up kudos and recognition ever since.

Throwboy Pillows has been among the most unique and collectible corporate swag choices for the glitterati. Custom work has been done by the company for a list of Who’s Who clientelle. The offerings on the Throwboy web site include a set of specially contoured Apple icon pillows, and brightly colored Chat Pillows with bold letters that read OMG, wtf, nOOb, LOL, ttyl, brb and more.

Twitter decided to award each its employees a Throwboy pillow when the world beaters started planning a move to their new offices. The Twitter pillows were emblazoned with the message “Home TWEET Home” Cutting his time and materials a stitch too close to the delivery deadline, the dedicated Mr. Hoyos managed to ship half the order to the Tweeps in San Francisco and follow up with a personal delivery of the second half when Throwboy’s team shifted into overdrive and went mobile on a West Coast road trip to the Bay area.

Microsoft’s BING has also been on the receiving end of ThrowBoy Pillows. And 400 pillows were produced for the esteemed creative conference known as TED.

Roberto was in Austin a coupe of months ago to give away pillows at the SXSW confab, including a special logo pillow for the TWIT Network which was presented during a live streamed Netcast to its founder and premiere hosting personality, Mr. Leo Laporte. 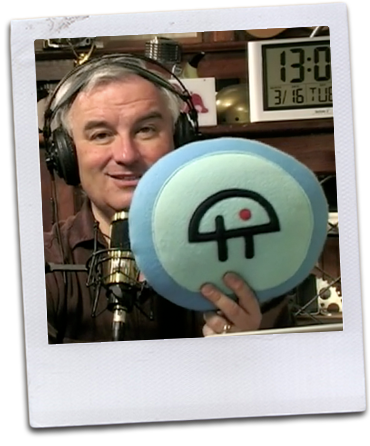 While in Austin, Roberto presented another custom Throwboy pillow to Mahalo founder and This Week in Startups’ host, Jason Calacanis, who was doing a remote podcast from the SXSW venue. No sooner had Roberto made the scene than he was recruited to tell the Throwboy story as a late entry in the TWIST Startup Pitch Contest. Hoyos showed his talent as both an improvisational presenter, and a gifted entrepreneur, by winning the Startup show’s Pitch session!

With the hard landing of the recession now in the rear view mirrow of our national economy, Throwboy’s Pillows have been a cushion to the bottom-line. Look for more clever pillows from Seattle’s one and only Tech Pillow Soft-ware Factory. [24×7]