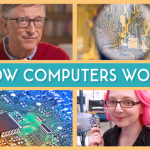 Apple, Xbox and other tech startups, have collaborated on explaining foundational concepts including circuits and logic, or hardware and software, in a fun and digestible way.

Code.org is delighted to share a series of six short videos that teach How Computers Work. This project has been over a year in the making, as part of our new CS Discoveries course.

“Whether you use a PC, a smartphone, a wearable device, a connected home appliance, or a self-driving car, the same principles explain how all these computing devices function,” says Bill Gates. “In the 21st century, these computer science ideas are part of digital literacy that every student and adult can benefit from.”

Because students and adults alike can learn from these videos, we are pleased to announce Khan Academy and Alaska Airlines will make them available beyond Code.org classrooms. Khan Academy will include the new videos in their computer science offering, and Alaska Airlines will offer them to passengers to watch for free on Alaska flights starting in April. Both partners will also feature the How the Internet Works series of videos previously released by Code.org.

“With hubs up and down the “Tech Coast”, we’re both witnessing and leveraging the innovations that we see occurring every day in our own backyard,” says David Scotland, Manager of Inflight Entertainment & Connectivity at Alaska Airlines. “Code.org’s new series is an entertaining and approachable way for us all to gain a basic awareness of how computers work. We’re pleased to offer over 40 million guests the opportunity to view Code.org’s new video series inflight through our partnership.”

Designed to be approachable for everyone and easy to understand, the video series explains what makes a computer a computer, how digital information is represented in 1s and 0s, how computer circuits work to manipulate digital information, and how a central processing unit (CPU) and operating system control the inputs, outputs, memory, and hardware of a computer.

“We all use use computers in our daily lives, but few of us understand how they work,” said Khan Academy founder and CEO Sal Khan. “These videos are great at demystifying what’s inside machines we use every day. We’re proud to offer the videos at KhanAcademy.org.” ‘ 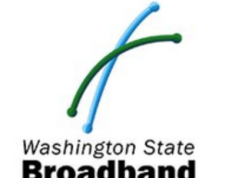