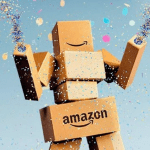 Cyber Monday, the Monday following Thanksgiving, has repeatedly been crowned the biggest online shopping day of the year in America. So what chance does a Tuesday in the middle of July have — without the generosity of holiday gift-giving incentives — to become the top “Prime Time” shopping day on the annual E-commerce calendar?

Based on a panel of more than four million online shoppers, we can now name a new record holder. Its name is Prime, as in Amazon Prime, better known as  Prime Day. To qualify for the sales event, which was created last year to celebrate Amazon’s 20th birthday, shoppers need to be members of the Amazon Prime service which offers free shipping in addition to other amenities.

• The biggest US sales day ever

• Amazon is opening up its lead on US competitors

Amazon is the dominant e-commerce player in the US, with 38 percent market share across the consumer e-commerce sector year to date.  On Prime Day 2016, Amazon had – hold onto your hat – 74 percent of all US consumer e-commerce. This happened despite competitors’ efforts to attempt to draft off of Prime Day by offering their own sales.

Amazon Prime Now, which offers a limited array of products to Amazon Prime members in select markets, has been a big focus for the retailer since 2015. Recent analysis from Slice Intelligence in Manhattan, where Prime Now has been available since 2014, showed that only two percent of Amazon volume in Manhattan was coming through Prime Now; suggesting that consumers needed to be egged on to try the service. Prime Now was heavily promoted to those that lived in Prime Now markets on Prime Day, and it paid off. Of all customers that placed a Prime Now order on Prime day, 31 percent were first-time Prime Now customers. It seems that Amazon’s egging may pay a long-term dividend for the Prime Now business. Keep an eye on this space in the weeks to come, where we’ll evaluate the success of Amazon’s Prime Day efforts to grow its other two emerging platforms: Echo and Fire TV.

New shoppers accounted for just two percent of sales in 2016 (down from three percent in 2015). This illustrates the importance to Amazon’s continued growth in consumer wallet share going forward to maintain robust sales growth. 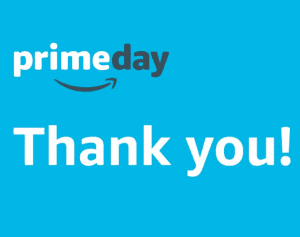 • Looking ahead to Prime Day 2017, there only seems to be upside for Amazon

This means that 86.5 percent of Amazon shoppers did not shop on Prime day 2016 and that the principal means of growth this year–a 38 percent increase in the number of Prime Day buyers–may be sustainable for years to come.

“Prime itself is the best deal in the history of shopping, and Prime Day was created as a special benefit exclusively for our Prime members,” said Greg Greeley, Vice President, Amazon Prime. “We want to thank our tens of millions of members around the world for making this the biggest day in the history of Amazon. We hope you had as much fun as we did. After yesterday’s results, we’ll definitely be doing this again.” 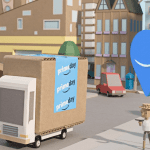 devices) and Fire TV. We believe that Prime Day was an important foundation for strong 2015 holiday performance from Amazon, where Amazon accounted for nearly half of online sales growth. Expect a strong holiday in 2016 from Amazon.

With a panel of over 4 million online shoppers, Slice Intelligence gives the most detailed, and accurate digital commerce data available, and is reported daily.

Slice Intelligence is the only service to measure digital commerce directly from the consumer, across all retailers, at the item level, and over time. Our retailer-independent methodology precisely measures commerce as it happens. By extracting detailed information from hundreds of millions of aggregated and anonymized e-receipts, Slice can map the entire Purchase Graph, connecting each and every consumer to all their purchases.

Slice gets its data from e-receipts – not a browser, app or software installed by the end-user – so its measurement reflects comprehensive shopping behavior across multiple devices, over time which are key in an increasingly omnichannel retail world. Slice Intelligence is the exclusive e-commerce data provider for the NPD’s Checkout Tracking e-commerce service. [24×7] 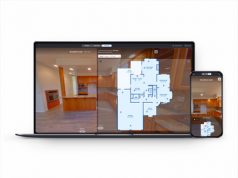 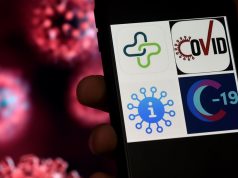