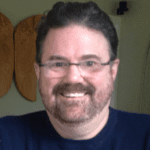 This week, Google CEO, Larry Page, (Why couldn’t he have named the “PageRank” algorithm “LarryRank?”) celebrated his one-year anniversary since stepping into the Chief Executive Officer’s post at Building 43 in the Googleplex. After his first year on the job, what kind of grade, or, (ahem), “PageRank,” should we give to Mr. Page?

For this semester, we think Mr. Page needs to file a “Reconsideration Request” (with Mr. Cutts). Our feeling is that the position title Larry Page is best suited for is not CEO, but Chief Science Officer, with all due respect to the most revered holder of that designation, Star Trek’s Mr. Spock. Page is, indeed, a lot like Spock. His left-side dominant, analytical brain is clearly at a deficit when it comes to Google’s right-brained, social media vision. Unfair?

Under Page, Google Buzz and Google Wave have been extinguished, among a number of other products simply thrown on the scrap heap. Google’s “Search Plus Your World” is currently a punch line in many of the Web’s most influential, “non-comedy” circles. And speaking of “Circles,” there’s Google Plus. Even after Larry tied company cash bonuses to the success of Plus, Google+ social circles are still more like goose eggs. Thus far, Google+ has simply failed to add up! We remain, however, hopeful.

What is most perplexing about the current Google status is that Page sees the world as a permanent beta-plex and we are perceived as the guinea pigs. This is a highly unusual and precarious position from a brand marketer’s standpoint. It used to be that brands would strive tirelessly to iron out any and all product wrinkles before bringing a new product into public view. But at Google, everything launches in a speculative, beta test mode, with no apparent commitment and no staying power because everything is considered a lab experiment. Can you think of another company that has succeeded with this approach?  This “state of play” alone would give a grade to Page of something less than a C+, and more like an “Incomplete.”

In other words, the following question needs to be asked and answered. Is Googles’ tentative, go-to-market strategy newfangled, or de-fangled, or defanged entirely, a virtual fumble at the goal line? Marketing 101 teaches us that product branding is about building trust, loyalty and confidence with customers. Why for heaven’s sake should consumers invest in Google products that are here today and gone tomorrow? Page seems not only to totally  misunderstand this principle, he is navigating Google in the opposite direction.

The End of Google Knol. An Unforgivable Loss of “Tech-knowledgy.”

Okay, perhaps it’s one thing to terminate things like Google Gears, or Google Bookmark Lists, although those will be sorely missed by many. But, from our purview, Google officially “Jumped the Shark” (that far less than artful “tipping point” that symbolizes classic misfires, a precipitous loss of competitive edge, and just plain absurdity) when the company pulled the plug on Google Knol, its very own Wikipedia of expert knowledge.

Google Knol was conceived as a user-contributed reference library featuring “by-lined” white papers and articles on an encyclopedic array of topics. Knol fostered “ownership” because, unlike Wikipedia, each individual Knol author was given the editorial authority to accept or reject any changes to the Knol entry. By shutting down the service, Google succeeded in insulting practically everyone who had ever taken the time to contribute his or her intellectual prowess to what “appeared” to be, at face value, an eternal Google KnowledgeBase.

“We’re sorry,” Google said, in effect. “Your technical paper, analytical treatise, “how-to” piece, or essay, something  that you sweated bullets over before putting your name and credibility on the line, well, it has been terminated. Finished. Kaput. Please take your knowledge out of our archive and go home!” In our view, this decision was an epic fail.

If you want to get an insider’s read on where Google (and Larry Page) are more than slightly marketing tone-deaf (or at the very least “hard of hearing”), read “I’m Feeling Lucky, The Confessions of Google Employee Number 509,” by Douglas Edwards, Google’s first “bona fide” marketing employee. It cuts to the meat of the issue.

And on the Lighter Side.

On the flip-side of this criticism is one area where Google has cultivated its employees’ creativity in spades. It’s Google’s art and science of the April Fool’s Joke, something which has evidently replaced the 20% downtime projects employees used to devote themselves to. This year’s April First batch was an absolute tour de force, or make that “farce!”

First, there was the announcement, and mock demo, of Google’s “Really” Advanced Search!  Did you catch it? http://www.google.com/js/reallyadvanced.html

Next, Google announced it was joining NASCAR Racing. The Google Racing Team would feature modified stock car racing with one very slight modification. In its race car, there would be no driver! http://www.nascar.com/video/none/none/120331/cup-mar-google/

Finally, 8-Bit Google Maps were lauded as possibly Google’s most fun April Fools’ Day Prank ever. You can, of course, use Google on your tablet device and your phone — but sadly, you’ve never been able to use it on your Nintendo. No longer! On April 1, Google debuted its newest product, Quest, which uses Google Maps to take you on an 8-bit video game ad­ven­ture.

Of course, the date should have been a dead giveaway that this is another one of Google’s famous April Fools’ Day pranks — and it may prove out to be their most popular one yet. The prank plays right into a certain generation’s nostalgia for the days when graphics weren’t quite so slick and you had to blow into a cartridge to get a game to function properly.

A person could easily waste an hour in Quest, which is full of Easter eggs. Google created an orientation video to help you get started, but if you go to Google Maps and click on the “Quest” button in the upper right-hand corner, you can begin your low-res graphic ad­ven­ture.

Two recommended activities: Visit the entire list of world landmarks rendered in 8-bit, including the Eiffel Tower and the Taj Mahal, and zoom all the way down to street view to look at your home or workplace in Quest mode.

Quest wasn’t Google’s only April Fools’ Day prank this year. In addition to the aforementioned “Really Advanced Search” and NASCAR news, here are a few of the other ways the company is pulling your leg:

• “The YouTube Collection”: A DVD set of YouTube videos, grouped according to topics like “Kittens and Puppies” or “ ‘Stuff’ People Say.” When you order the latter, a form tells you that you’ve selected thousands of discs and asks whether you’d like them delivered via shipping trucks or freight vessel. You can also get them in Betamax. Be sure to click all the way through on the order form.

• Chrome Multitask Mode: Browse Google Chrome with more than one cursor at a time to get extra work done. Actually, you’ll get dozens of cursors, and perhaps a few GIANT cursors. They will be buzzing around your monitor like flies. “Welcome to the ambinavigation revolution.”  [24×7]