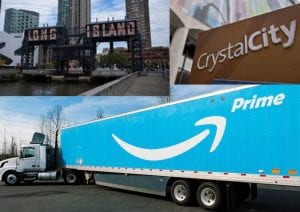 Pop quiz — name the most expensive product Amazon does not sell.

The costliest product Amazon does not transact is real estate, at least for now. There are no Amazon brokerages that could negotitate real estate sales commissions or the prices of homes for thousands of new employees in Crystal City, Arlington County, Virginia or Long Island City, New York, the two cities announced this week as the newest locations for Amazon’s headquarters expansion, dubbed HQ2 and HQ3.

Looking more closely at the slated, eastern hubs of Amazon, the company appears to have considered another asset it does not sell, and that is not available for purchase at any price. This asset is bought and sold in both of Amazon’s “pick cities” to a far greater degree than any other city on the Amazon HQ electoral map.

That asset is Influence.

Crystal City, VA, a suburb of Washington, D.C., places Amazon’s HQ2 in the immediate vicinity of the nation’s House of Representatives, U.S. Senate and White House, among other federal agencies like the FTC, FCC, Justice Department and U.S. Postal Service, the latter being Amazon‘s largest product delivery partner.

Long Island City is an area of demographic influence within earshot of New York City, regarded as the media capital of the world.

Combined, the two locations assure Amazon the greatest “share of mind” when it comes to both public perception and governmental policy surrounding the mega-etailer’s share of market. 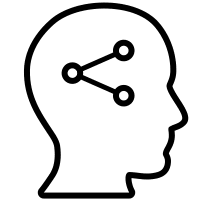 The i-Factor, aka influence, is greater in the two new locations than any other city that competed in the expansion review process. Granted, Amazon boosted its mindshare by opening up its expansion contest to cities across North America, but it landed on the two cities with the greatest influence. Both locales have already announced that hosting Amazon will be the biggest economic development event in the history of their region.

New York City mayor, Bill De Blasio, laid bare the negotiations, stating that while Amazon has pledged to deliver between 25,000 and 50,000 jobs to the area, the company will receive no more tax or civic incentives than any other company relocating to the NYC metropolitan area. “They asked for it, [additional incentives], said the Mayor, but we said no.”  In other words, while other cities dangled millions of dollars in subsidies and other tax incentives, the world’s richest online retailer decided to forego any extra public investiture in its choice of the Queens borough of New York.

The key word regarding incentives is “extra.” As it stands, to attract Amazon, New York’s leaders agreed to remake plans for the Queens waterfront, move a distribution center for school lunches and provide a sweeping package of $1.7 billion in incentives from the state and hundreds of millions more from the city. “They even agreed to allow a helipad for Jeff Bezos, Amazon’s chief executive,” reported the New York Times, the national media counterpart to the Washington Post which is local to Amazon’s Virginia location and is owned by Amazon CEO Bezos.

Amazon has pledged to invest up to $5 billion in the new New York City and Virginia headquarters and must meet its 25,000-job pledge, pay an average salary of $150,000 and occupy at least 4 million square feet of space within the next 10 years for New York state taxpayers to subsidize $1.525 billion. That number would increase to $1.7 billion if Amazon exceeds its goal and gets to 40,000 jobs by 2032. Virginia Gov. Ralph Northam (D) and Arlington County leaders agreed to give Amazon $819 million based on the same Amazon commitments.

Amazon also announced that it has selected Nashville, TN, for 5,000 jobs as part of a new Center of Excellence for its Operations business, which is responsible for the company’s customer fulfillment, transportation, supply chain and similar activities. It is the best of times. It is the worst of times. An E-Tail of Two Cities! [24×7]