Home What's Brewing? Back to the Future: What’s Ahead for Seattle Tech in 2012?
Twitter
Pinterest
WhatsApp
Email
Print 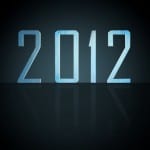 Windows 8, The iPhone 5, 4G phones, Smartphones and smarter cars, the birth of “Business TV,”  further meteorology in the Cloud, and new avionics in the clouds from Boeing’s 787 and 747-8 aircraft.  All are in our future forecast for the Pacific Northwest and the Seattle metaverse in 2012.

Friday Harbor’s Mark Anderson of the Strategic News Service makes a business of soothsaying the future.  He foresees TV becoming the center of gravity in the tech universe with other niche devices orbiting the TV galaxy.  Microsoft‘s integration of Kinect has been a qualified success. As smartphone TV integration software becomes a new category, Pad to TV integration becomes common, and the TV interface revolution or AppleTV, GoogleTV, Roku and others threatens to end the cable hegemony while making more specialty channel watching and DIY business programming a burgeoning reality.  With 350 shopping days til next Xmas, the Apple Television still has lots of time to make your gift list.

Phone markets wil continue to experience seismic shifts. Android risks spinning out of control as the historical precedent of Google’s free OS makes unlicensed versions in Asia a potentially multiplying X- factor. Samsung is predicted to permanently upend Nokia as the global leader in handsets even with the intro of the long overdue Windows Phone 7 OS.   Sprint had pumped over a billion dollars into Clearwire at the end of the year breathing new life into the wireless contender.  And expect to hear more talk about a Facebook Smartphone.

“Clouds” in the forecast will proliferate for consumers taking advantage of the ecosystems for consumable digital goods (Kindle Books, Audible Books, Music and PrimeTV) for Amazon and the Kindle Fire and for iTunes services like iMatch for music and  iCloud for storage from Apple but may see contraction from business for reasons of security and reliability.  On the security front, IP theft looms ominously from the “nuisance news” category into the “act of military aggression” category.

When Windows 8 ships in 2012 there will be an installed base of some 500m personal computers that can be upgraded to the new operating system, ensuring a viable potential market for firms creating apps for this space. A key feature will be Windows 8’s green credentials. It will enable instant boot-up and each of the tiles on the home screen will be able to receive dynamic push content such as news, weather, video, etc, without draining your computer’s battery.

If your New Year’s resolution was to start walking or biking more, you may be out of luck. Auto brands like Ford are making it too easy to practically live out of your vehicle these days. Besides Ford SYNC technology, Ford’s Evos concept car will be a CES main attraction, as will the cloud technology that comes with it- but rumor has it that we’ll have to wait for the 2013 Fusion to start seeing it personally. GM is taking their OnStar technology further into the entertainment realm- smart thinking, considering shoppers are now seeing tech first, and brand loyalty second.  OnStar is teaming with Verizon to give 4G LTE connectivity to drivers, opening the doors for more streaming content, including rear-seat infotainment by way of seat mounted tablets, video chat, and energy management apps. Prefer a Mercedes? Daimler chairman Dr. Dieter Zetsche is giving a keynote address at CES this year, and that should mean a large reveal or two is in order.

Social gaming and business gamification will also “traject” in 2012. 2011 saw a growing diversity in social games with new genre and gameplay types emerging on Facebook, such as hidden object games, racing games, and strategy combat titles with real time multiplayer modes. Going into 2012, we expect to see more entries in the casino, arcade, and strategy-combat categories as Seattle developers experiment with the genres. Businesses are turning to game-based strategies to make engagement more fun — and profitable.

Speaking of new slates and software updates, the Amazon Fire  line is expecting a near term firmware update, Once unhobbled it will resemble more of a Pad than a Reader. The Amazers at Amazon have beat out the Nook and are adding share against Apple. Bezos seems well positioned to assume the mantle of visionary leadership from Steve Jobs legacy.  How Ultrabooks will affect the tablet market is a 2012 mystery.

As Anderson sums it: “Between out-Walmarting Walmart online, to out bookselling the booksellers, to outmalling the online malls, to delivering groceries and making new inroads in video streaming, Amazon proves that one company can indeed have it all. Add in terrific sales of the Kindle and Fire readers, increasing sales of e-books, self-publishing eating a large piece of traditional publishers’ pie, distributing periodicals (now that the company has a color reader), and gearing up to release a content-leveraged pad computer. [24×7]