While we’ve been mopping our mudrooms from the relentless rain dance of this Nutcracker season, shopping for the latest in wicked, app-laden smartphones, or hipply-hopping to the beat of an Xbox Kinect dance groove  in our living room turned disco-tech, the FCC has approved new Net Neutrality rules in a 3-2 vote that has managed to delight almost no one and inflame the passions of those who are closest to technology (count yourselves among them) on both sides.

Those “in the know”  see the inevitability of Web services delivered through a cloud-based, always-on Internet running on wireless handsets, tablets or Netbooks. This Internet would occupy the spectrum that has been left either ambiguously vague or oppressively profit- tiered (and looking a lot like the Google-Verizon pact that made headlines a few weeks ago).  Those in the “just say no” camp, well, they have apparently never met a contrarian viewpoint they didn’t like.

So what’s not to like, or to curse at, in the seemingly anything but “neutral” FCC Net provisions?

Think transparency. Broadband providers for both wired and wireless Internet must disclose their network management policies.  Seems clear. Although speaking of being clear, ClearWire is being sued for allegedly throttling its bandwidth in what threatens to become a class-action affair. Transparency might have prevented that charge.

Anyone for Discrimination? Wired broadband providers may not speed up or slow down individual types of lawful traffic, with exceptions for reasonable network management. No such rules apply to wireless broadband. Although the rules allow for paid prioritization, these deals would “raise significant cause for concern” according to the FCC, and would be subject to increased scrutiny.

The pair pushed for applying the same rules to wired and wireless broadband and therefore were not satisfied. “There needs to be one set of rules that applies to all broadband Internet access, both fixed and mobile. The assumption is that consumers do not distinguish between the Internet access they receive on their mobile device, and the access they receive on their desktop,” the legislators argue.

“The specifics of what constitutes reasonable network management, and not the rules themselves should be used to account for the different architectures and technical constraints of broadband Internet platforms.” Cantwell commented, “While the open Internet order the Commissioners voted on today represents an improvement over the initial draft, I am disappointed and concerned that the rules don’t do enough to make sure the Internet remains a source of American innovation and economic growth,” said Senator Cantwell. “I will introduce net neutrality legislation next Congress to ensure the Internet remains open and free.”

For its part, Microsoft said it favored better enforcement of guidelines for how Internet access providers handle traffic on their networks. And it said the FCC needed more investigation into whether it should include wireless network providers in new rules. Wireless providers argue that their networks have capacity constraints unlike those of fixed-wire broadband providers and shouldn’t be subject to the same rules.

In its filing to the FCC last week, the software giant said that as long as they’re competitive and don’t harm consumers, broadband access providers should be able to offer enhanced and tiered services. An example would be Comcast offering streaming Netflix videos as a premium service.

“This approach would afford access providers the necessary flexibility to serve a wide range of entities, from multinational enterprises, to small businesses, to residential customers, so long as they do so in a manner that is not anticompetitive or harmful to consumers,” Microsoft’s Washington counsel wrote in the filing.

Paul Misener, Amazon’s policy executive, filed a document saying that the company does support the agency’s proposal in its current form with some reservations:

Unlike many other proponents of net neutrality, Amazon has long believed  that  providers of broadband Internet access service (“BBIAS”) should have the regulatory certainty to pursue new businesses models, including for additional compensation.  We agree, however, that  such new “specialized services” should not harm  the  delivery of content via  BBIAS, nor impede  the growth of BBIAS, nor be offered on unequal terms.” 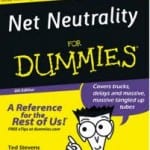 How will the FCC’s new rules be enforced? Using the same process as its cable access complaint rules, the FCC will allow users to submit formal complaints, which are reviewed on a case-by-case basis. In most cases the burden of proof will be on users, but based on the evidence, the FCC can also make Internet providers prove they weren’t breaking the rules. The FCC believes it can “issue citations and impose forfeiture penalties for violations of our rules.” [24×7]”

Is Ballmer Thinking Round Ball?

A rumor is dribbling its way around local watering holes that the couple hundred million dollars Steve Ballmer converted into liquidity  just a couple of weeks ago may be earmarked for an NBA franchise.  We’ve long felt that Ballmer’s support of an NBA team for this city would work wonders for Microsoft’s image as public benefactor and civic leader in a way words never could.  Let’s hope that is the direction the Ballmer ball bounces!  A worthy field goal, indeed, and right at the buzzer! [24×7]