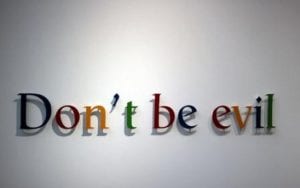 Google is facing a deepening moral crisis that is as profound as anything the company or the tech community has ever confronted, including the allegations made against Facebook and Twitter for their role in spreading fake news and misinformation that tilted the 2016 presidential election.

Walkouts among thousands of employees earlier this month were made in protest of the company’s alleged mishandling of sexual harassment claims and reflect what protestors call blatant disregard by management to address what they assert is rampant sexism, racism, unethical government contracts, and a general lack of transparency — and this list reflects the growing frustration being felt both inside and outside the company.

Last week, protests erupted over an article in the New York Times detailing how Google paid millions of dollars in exit packages to male executives accused of sexual harassment while staying silent about the misconduct.  That included a $90 million payout in 2014 to Andy Rubin, the creator of the Android phone, who allegedly coerced a female subordinate into performing oral sex on him. (Rubin denies it, though a Google investigation found the claim credible.) After leaving, Google invested millions in his next business venture, according to the Times.

Google has not denied the allegations in the article. Google CEO Sundar Pichai and Larry Page, a co-founder of Google and CEO of its parent company, Alphabet, apologized in an email to company employees last week and said that the company has fired another 48 Google employees over sexual harassment claims in the past two years, but that none of those employees received payouts.

In April, more than 3,000 Google employees protested the company’s military contract with the Pentagon — known as Project Maven — which involved technology to analyze drone video footage that could potentially identify and kill human targets.

About a dozen engineers resigned over what they viewed as an unethical use of artificial intelligence, prompting Google to let the contract expire in June and leading executives to promise that they would never use AI technology to harm others or cause human suffering.

A few months later, an investigation by the Intercept revealed that Google is secretly working on another questionable project: a censored search engine for Chinese officials in Beijing.

The search engine under development, known as Project Dragonfly, is designed to hide search results that China’s authoritarian government wants to suppress, such as information about democracy, free speech, peaceful protest, and human rights, the Intercept reported. 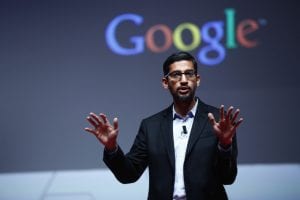 In addition to hiding search results that the Chinese government wants to suppress, Google’s new search engine would also track a user’s location and would share an individual’s search history with a Chinese partner, who would have “unilateral access” to the data. This includes access to a user’s telephone number, according to an employee memo obtained last week by the Intercept.

After the news of Dragonfly leaked in August, more than 1,400 Google employees signed a letter demanding more transparency and accountability about the project’s potential impact on human rights. The controversy has reportedly prompted at least five Google employees to quit in protest.

Google executives have defended the Dragonfly project and tried to downplay concerns, saying that it was merely in the exploratory stages.

But then Google planned to bid on another Pentagon contract, known as JEDI, which involved building cloud storage for military data. There are few public details about what else the $10 billion project would entail. But one thing was clear: The project would involve using artificial intelligence to make the US military a lot deadlier.

Earlier this month, facing mounting internal pressure, Google announced that it would not submit a bid for the contract. Then last week, Google employees heard more unpleasant news: that the company had secretly given million-dollar exit packages to executives accused of sexual harassment.

Outside the Google workplace, the millions of advertisers and end-users who engage daily with Google products like AdWords (now renamed Google Advertising), Google Reviews, Google My Business, and Google Maps are equally dismayed. These are Google’s paying customers seeking to resolve conflicts, discrepancies and anomalies that occur inside Google products.

For starters, there is the non-transparent process of Google’s auction overbidding. This AdWords “enhancement” gives the Google system the option to double a keyword’s maximum cost-per-click bid when it determines competition is fierce. The bid doubling is opaque and tends to contradict the more visible Google metrics in AdWords that show the current cost to show up both on the “1st Page” of Google search results and at the “Top of the 1st Page.” In other words, Gooogle can double advertisers’ cost-per-click without disclosing why.

Want to change your bidding strategy, and the way Google automates the bidding process? Your campaign will be delayed up to five business days for a system reset during what Google calls a virtual “learning mode.”
Need support for Google AdWords? Users find their calls routed around the globe, first processed in the Philipines and now serviced exclusively by representatives in call centers in Mumbai, India, by staffers who have no authority or recourse to resolve issues and can only repeat the company’s canned, scripted policy positions. 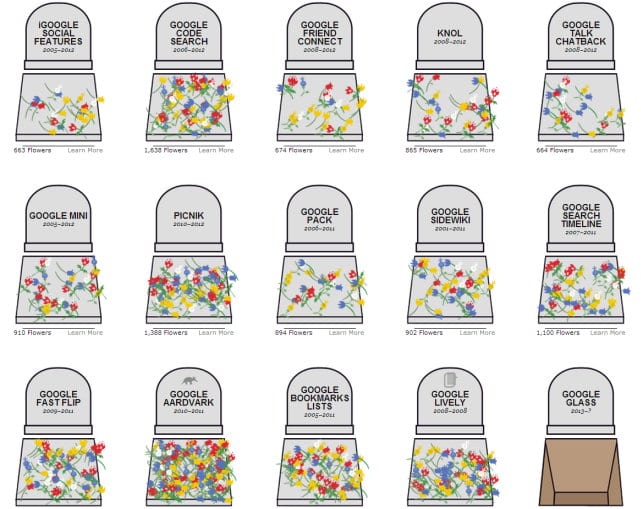 Only recently, Google pulled the plug on Google Plus, which, while unpopular, still had attracted millions of users who had invested countless hours and untold dollars to populate the pages of Google Plus with content for their personal use or for what promised to be higher visibility and search engine optimization (SEO).

The abandonment of underperforming products by Google has made orphans of so many users, the laws of brand loyalty have seemingly been stood on their head.  A short list of products that have been abruptly discontinued by Google since 2006 includes Google Reader, Google Talk, Google Health, Google Knol, Google Insights for Search, Google Buzz, and the beatdown goes on.

As far back in time as November of 2013, many were convinced Google had lost its way when  it announced that it would begin using Google + users’ pictures (age 18+ only) in its advertisements. The news came out via a change to the company’s Terms of Service where Google cited the change as an attempt to help provide more personalized, relevant ad data. Marketer Seth Godin claimed that Google had officially “Jumped the Shark.” As Godin saw it, Google’s sin was the “chasing of profit at the expense of the original mission.”
It was at this time that SEO impresario Rand Fishkin of Seattle’s Moz howled that Google was abusing its monopoly position when Google said it would start encrypting more searches, depriving marketers of keyword data. 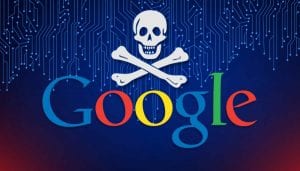 On the matter of Google outsourcing its AdWords support program to India, the transition has seemingly flown under the radar.  Still, all AdWords users with a campaign budget below the threshold that affords them a private account manager now report to the Indian continent instead of customer service facilities in North America such as Ann Arbor, MI, or Nova Scotia, Canada. At the risk of sounding like a Donald Trump  nationalist, the outsourcing of AdWords support jobs to foreign soil isn’t the main issue, although perhaps in Trump’s case it would be. Rather, it is the notion that language and cultural differences often get in the way.
This publication reviewed documents that showed that a Google My Business Review of a Puget Sound law firm written by the spouse of a convicted child molester still passed muster according to India’s Google My Business advisors and their supervisors. Yet the review clearly violates three Google policies concerning a.) the source of the reporting, (the reviewer was not the client but another family member), b.) the prurient, sexual nature of the complaint, and c.) the fact that the review fell into the category of a disgruntled employee since the courts had appointed the attorney as a public defender which constituted a kind of employment relationship.  Clearly, if all convicted felons could fulminate against their attorneys on Google, jailhouse Googlers would rule). Google’s India team failed to comprehend the context of the complaint as it related to American society and jurisprudence and allowed the malicious complaint to stand. At least thus far! 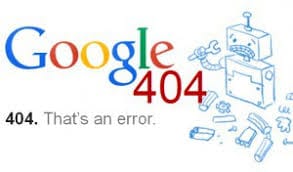 Google employees have requested five specific changes:
There is no such grievance list for Google customers.
In the book, “I’m Feeling Lucky,” by  Douglas Edwards, employee # 59 gave readers a chance to fully experience the roller coaster that was the “Google Experience.” The principal point is about principles. Google is an organization built around outstanding engineering and one that is that is totally different, and many would say totally indifferent, than those built around other values.
“A company is nothing without its workers. From the moment we start at Google we’re told that we aren’t just employees; we’re owners. Every person who walked out today is an owner, and the owners say: Time’s up,” last week’s protest organizers wrote in New York magazine. Times up to reinstate both human resource and customer service values that have been conspicuously, to date, “404 Not Found.”  [24×7]