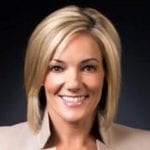 Loretta Soffe, the fashion industry expert who built a first-class reputation as a key executive at Nordstrom has joined forces with Zoomingo, Inc., creators of shopping discovery apps that help consumers find the best sales in their local stores.  Soffe will serve on Zoomingo’s advisory board.

One of the foremost authorities on retail, merchandising and consumer-based strategy, Loretta spent 24 years at Nordstrom in buying, merchandising and product development. For the last 10 years, she served as Executive Vice President /General Merchandise Manager of Women’s, the largest division in the company with annual sales of $2.0 billion. As a member of the Nordstrom Executive team, Loretta played a key role in the development of the company’s management agenda and communication with Wall Street.

“We are delighted to bring on board Loretta Soffe who brings significant consumer retail and merchandising expertise,” said Shirish Nadkarni, co-founder of Zoomingo. “Loretta will play a critical role in helping Zoomingo develop both its consumer and retail strategy especially as it relates to making Zoomingo an attractive platform for retailers to reach new mobile audiences.”

Zoomingo — a take on “Zoom-in-and-go” — is a unique location-based shopping app that lets consumers find the best sales in their local stores anywhere in the nation, all from the convenience of their smartphones or from the comfort of their home computer. Zoomingo offers shoppers instant access to the largest catalog of local sale items anywhere in the US across more than 70,000 retail outlets from national retailers such as Macy’s, Target and Nordstrom as well as independent boutiques in an easy-to-browse, easy-to-use format. Handy phone numbers and store maps allow the shoppers to visit the stores to complete their purchases. Shoppers can also rate the deals they find with Zoomingo through a fun Hot-or-Not game and enters them into a contest for weekly prizes.

“Zoomingo offers an innovative approach to shopping especially for busy women who are looking for value without compromising style with an engaging and easy to use application,” said Soffe. “Zoomingo offers retailers a powerful weapon to combat the recent ‘showrooming’ phenomena and I am excited to help provide counsel on its overall retail strategy.”

The Zoomingo App can be downloaded from the Apple AppStore and Google Play. Visit Zoomingo at www.Zoomingo.com, or on Facebook a twww.facebook.com/Zoomingo and on Twitter via @Zoomingo.  [24×7]