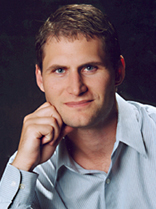 Before it became fashionable to speak of Googling, blogging, or i-Podding in your spare time, before broadb

and and Wi-Fi entered the daily word-stock, not to mention the family room, before the Speakeasy Cafe became famous as Seattle’s first commercial Internet gateway and espresso bar where you could simultaneously click your spoon in a real cup and saucer while click-surfing on an X-Windows machine — and way before Speakeasy made the “Inc. Magazine 500” list of fastest growing companies, Mike Apgar would speak to anyone about anything “Internet.” “Our mission was to lower the barriers to Internet access, whether those be economic or technical,” remarked Mike.
“In 1995, both were quite significant. It’s hard to imagine today, but when we opened the doors to Speakeasy, so many customers had to build up their courage to flat out ask, “What is the ‘Internet’?” We were so immersed and passionate about the potential of the Net that we wanted to help them all, one by one — first with email, then browsing the Web. Those were special times.”

Back in the day, Apgar, along with his wife and brother as co-founders, worked long hours building out both their interior and exterior Internet market-space. “I’ll always remember a small corner area that was sealed off with plastic during construction. We called it our “bubble office” (how ironic now!),” recalls Apgar. The “back room” of the Speakeasy eventually became a spawning ground for the nascent Seattle Internet community, hosting a countless number of fledgling product demo’s, investor presentations, and handshake deals between VCs and entrepreneurs.

y chairman and founder just as the latest issue of Inc. magazine was hitting the streets and charting Speakeasy’s rapid ascent as one of the fastest growing independent companies in America, rising to number 41 on the national list.

Seattle24x7: What have been some of Speakeasy’s major milestones over the years?
Apgar: A big early milestone for us was paying off the original bank loan, as well as the loan from our Mom and Dad. They were approximately $50,000 each and represented three quarters of all the capital we originally invested in the company. We opened Speakeasy with literally $50 left in the bank and almost no

hope of getting more money.

In terms of other, more recent milestones, Speakeasy reached profitability this year, and has now been recognized two years in a row as being one of the nation’s fastest growing private companies, by Inc. Magazine. So when you take a look at where we were, with literally $50 in the bank, and compare it to where we now are – profitable and on-track to top $50 million in 2003 revenue – it’s been quite a ride! All of this is sort of a culmination of Speakeasy’s progression from an Internet café to the largest independent broadband provider in the U.S.

Seattle24x7: What inspired you to create a model home in Seattle as a demo of the state-of-the-art in residential broadband capabilities and how long do you think it will be before this kind of home becomes a standard?
Apgar: A full “broadband home” will be considered common, like owning a DVD player, in probably 2-3 years. There will be things done over broadband that we haven’t yet imagin

ed. It’s a very exciting time to be leading a company focused on this pioneering edge of what’s new and possible. In short, so much has been said about the ‘home of the future,’ and Speakeasy saw an opportunity to show people what’s legitimately possible NOW.

Seattle24x7: Speakeasy is especially committed to Wi-Fi, offering hardware and step-by-step personal support so users can implement a wireless network within their residence. What’s behind your service commitment in Wi-Fi?
Apgar: We announced a program in September of 2003 that enables consumers to ‘Go WiFi’ for only $49, covering all needed hardware and support. This was done on top of Speakeasy’s NetShare program, which was launched this summer and was cited nationally for breaking new ground in enabling customers to easily share their broadband connection via WiFi. All in all, it’s still an exceptionally early time in the development of WiFi, but we’re determined to provide our users with the types and varieties of services that can embrace this technology, in a way that makes good business sense.

covering many of the Internet’s most popular areas of use: Small business; multimedia; gaming; technical; WiFi; and news and information. Each of these very popular categories has considerable depth, so we’ve populated each with focused products, services, and information that collectively enable Speakeasy members to get as much or as little as they want or need. This includes featured articles, Speakeasy community forums, information and walkthroughs, as well as links to other useful online resources and/or products in each of the categories.