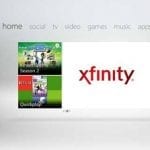 A new era in television begins this holiday season where your entertainment becomes instantly searchable, easily discoverable and enjoyable in extraordinary new ways from a single device — Xbox 360. Microsoft has announced plans to roll out the next generation of TV entertainment on Xbox LIVE, the online entertainment service for Xbox 360.

Nearly 40 world-leading TV and entertainment providers, including Bravo, Comcast, HBO GO, Verizon FiOS and Syfy in the U.S.; BBC in the U.K., Telefónica in Spain; Rogers On Demand in Canada; Televisa in Mexico; ZDF in Germany; and MediaSet in Italy, will begin rolling out entertainment services to the console this holiday, in more than 20 countries.

“Today’s announcement is a major step toward realizing our vision to bring you all the entertainment you want, shared with the people you care about, made easy,” said Don Mattrick, president of the Interactive Entertainment Business at Microsoft. “Combining the world’s leading TV and entertainment providers with the power of Kinect for Xbox 360* and the intelligence of Bing voice search will make TV and entertainment more personal, social and effortless.” 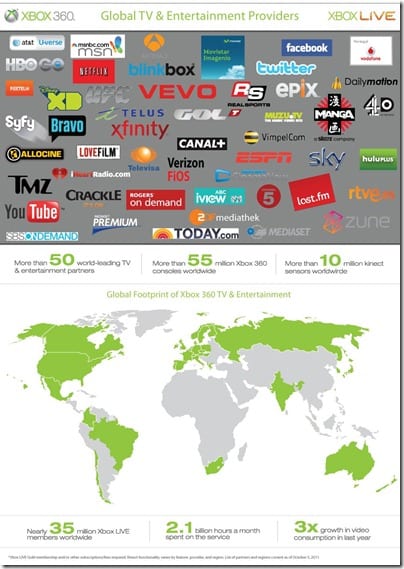 “We are continually evolving the television experience to bring Xfinity TV subscribers more personalized ways to search, find and watch the content they love,” said Sam Schwartz, president of Comcast Converged Products. “Our recently launched next-generation Xfinity TV platform is enabling us to bring Xfinity On Demand to a gaming console for the first time, and Kinect’s voice and gesture controls will offer our customers an innovative way to discover and enjoy Xfinity On Demand’s huge library of top shows and movies.”

Xbox 360 brings all your entertainment, friends and family together in one place. Now, easily switch from playing your favorite game with a friend out of state or even across the world to watching your favorite TV show with your family members on the same couch, all through Xbox LIVE. Ready to mix things up? Effortlessly switch from games to music to live TV and more, simply by telling your Xbox what you want to experience.

This holiday, Verizon will bring a selection of popular live TV channels to Xbox 360 and will be a leader in delivering live, multichannel streaming HD TV, integrated with Kinect, via Xbox.”

Xbox LIVE is also coming to Windows 8.  With Games for Windows LIVE merging into Xbox.com, there were many speculations previously about Windows 8 having Xbox LIVE integration. This news pretty much confirms these rumors, and with Microsoft previously confirming that Xbox LIVE will be the entertainment service for Windows 8, Microsoft is realising their “three screens and the cloud” vision with Xbox LIVE. [24×7] 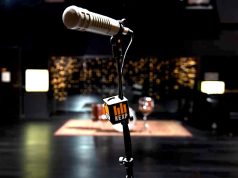 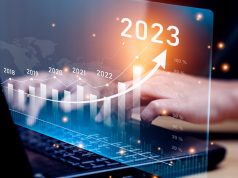 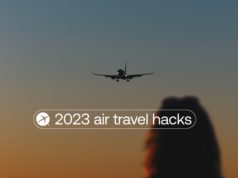