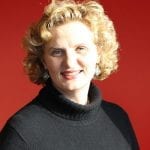 The Federal Trade Commission (FTC) recently updated its guidelines for digital advertising to account for social media and mobile devices – .com Disclosures: How to Make Effective Disclosures in Digital Advertising.  Advertisers and social media enthusiasts alike responded with initial dismay. And now that the dust has settled let’s examine what these updated guidelines really mean for local and national advertisers alike.

Bottom line:  The rules have not changed, the technology has.

Advertisers were always required to disclose any caveats around their marketing offers, now they just have to incorporate the new consumer reality – customers on-the-go, scanning mobile devices and not having the time to read small print, multiple disclosure pages, or research the validity of ads or claims by a celebrity endorser.

The FTC’s updated guidelines come with a lengthy 26-page appendix that includes plenty of examples of do’s and don’ts in social media, blogs, online ads, sales websites and other potential trouble zones.  The necessary updates or changes will likely be very minor on several of the social media platforms.  Facebook already labels all ads on its platform as sponsored messages.  Companies’ offers may need to be updated  – as in the case of the one below from Dell – to provide additional information within the ad rather than just an asterisk after the BEST PRICE*.

Sometimes a Facebook ad doesn’t have enough space to present the entire offer – or in the case of the Tough Mudder race, a shorter message is a way to entice the user to click through and learn more: 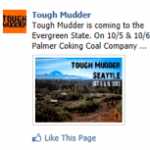 Once the user clicks, they get more information on the event and a registration link: 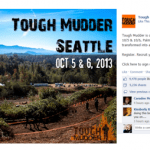 or political ads labeled with a purple “promoted by” icon like this one from the Romney campaign:

The issue on Twitter is that not all ads run through Twitter’s advertising program – those types of ads or promos, however, still need to abide by FTC’s guidelines.  The FTC recommends that simply adding the text “AD:” at the beginning of the tweet will provide enough clarity.  Of course, the 140 character limit will challenge advertisers who also have to add a disclosure statement.

As an example, the FTC points out that this ad does not follow its guidelines:

Even if there were an additional tweet with the disclosure statement, it is unlikely the consumer would necessarily see both tweets and connect the dots on this being a paid promotional message.

But this one does as it’s labeled appropriately and the disclosure is within the Tweet.

Despite the details within the FTC guidelines, there will likely still be some areas of confusion for the foreseeable future. These include:

–        Celebrity endorsers (or anyone with a large following). For example, an athlete who receives free samples of an energy drink and then sings its praises that is seen by a large list of followers or friends.  Though technically the energy drink company is not advertising, the “celebrity endorser” has been compensated with free products and must disclose that information in his post.  This disclosure would need to be made wherever the promotional message is being posted, whether that is on Twitter, Facebook, or a blog page.

–        Lesser known individuals who “like” a brand but might have also been compensated.  In the example below, the person listed is someone who is indeed a friend but is also a serious amateur athlete – it is unclear if she has been compensated by TYR to appear in the ad.  If she has, does she need to disclose any sponsorship or compensation from TYR? Or does TYR have to disclose that in their ad?  In this instance, Facebook might need to adjust their ad platform and enable advertisers to specify the relationship.

–        Websites that are not mobile-optimized:  Most websites should be able to update disclosure statements and move them to a more viewable area of the offer page, even if they are not able to completely re-design their sites to be responsive.   However, in the interim, there will likely still be many websites with marketing offers that are not systematically following the guidelines.   As in the example below, a mobile user might miss the disclosure statement on the bottom left of the screen when they zoom in on the price in the middle of the page. 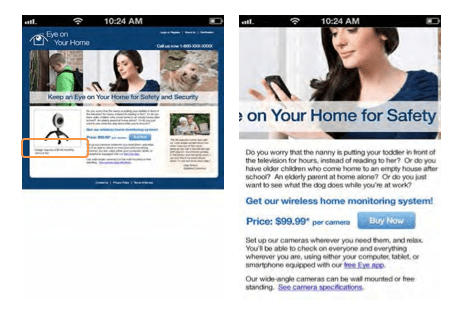 What are they key issues for Seattle-based companies?

Seattle-based companies actively use social media channels to promote their products and their brands. These are sometimes officially sponsored Facebook posts and Tweets, but more often than not, they are simply part of the daily content posted to engage their fans and followers.  To avoid breaking any FTC rules, posts in the social media realm that have any type of offer should be labeled as an “AD:” per the guidelines.

Here’s one example of a recent post from REI that should be labeled as an “AD”.  REI does a great job of promoting its member sale and including the relevant coupon code within the tweet.  However, the tweet is not labeled as an ad and the user has to click a bit.ly link to get more details on how to redeem the coupon code. 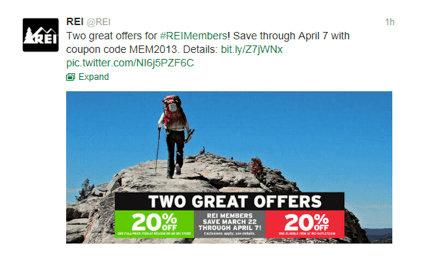 Bing does better with its contest for a Seattle Seahawks helmet – within the post, it’s clear that contestants must re-tweet the message to win (a link to more detailed contest rules takes the user off Twitter, but it’s not a necessary disclosure for a contestant to see prior to entering).  However, a contest could very well be considered an ad and thus should probably be labeled as such in the eyes of the FTC. 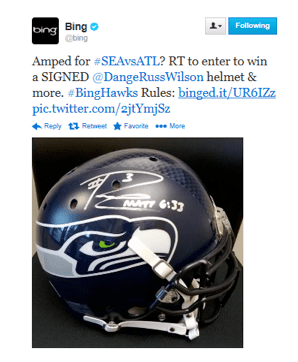 All companies, Seattle-based and national, should review the FTC guidelines in detail and refer to them whenever they are not sure about disclosures associated with their ads in the social media realm.

What’s the cost of non-compliance?

The FTC is not typically in the business of law enforcement but that doesn’t mean that advertisers can ignore the guidelines.  Companies who have violated these or similar guidelines in the past have faced enforcement actions and civil lawsuits – fines can be up to $16,000 per violation and some companies have been required to compensate consumers for actual damages.

One final thought comes from the FTC’s own blog.  Instead of worrying about how to fit in all of the disclosure info within short-form ads, perhaps advertisers should focus on creating ads that don’t require disclosures in the first place?  Food for thought.  In the meantime, read through the FTC’s .com Disclosures guidelines for all of the details, including plenty of examples. [24×7]

Olga is responsible for Metia’s analytics offering—providing actionable insights derived from the sound analysis of business data. She creates test and measurement plans for marketing initiatives, develops dashboards with KPIs and supporting metrics, and provides comprehensive analyses and optimization recommendations. With a BA from Harvard University and an MBA from the Wharton School, Olga honed her marketing and analytics skills at companies including Microsoft and AT&T. 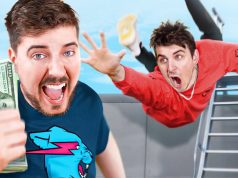