Home Seattle24x7 Finding The Knowledge Within To Tap the Combined Experience and Wisdom of...
Twitter
Pinterest
WhatsApp
Email
Print

“Experience is the best teacher” enlightens an old axiom. So why is it that so many of us resist the inclination to ask someone for the benefit of their experience in solving a complex problem and instead pursue the less efficient method of attempting to look it up ourselves? Old schoolhouse paradigm? Parental conditioning? Cultural more’? It could be that we’ve become accustomed to associating good advice from others with high cost (as when the advice comes from a high-priced attorney or a consultant). But an emerging megatrend in company intra-networking may soon begin to chip away at that notion.

The more enterprising corporate concept that is vying to replace the traditional people-to-content connection with the smarter people-to-people alternative is Employee Knowledge Networks. Knowledge networking is a facility for tapping the wisdom of veteran employees as well as savants and other company virtuosi to share their combined experience with one another. The software that facilitates this share of knowledge comes from the Puget Sound think tank recently voted Most Promising New Company at the 2003 WSA Industry Achievement Awards — AskMe Corporation.

Calling AskMe a most “promising company” may be something of an understatement. Their enterprise software is already well-entrenched in the automotive industry (Ford Motor Company), the aerospace industry (Boeing), consumer goods (Proctor & Gamble & Gerber), financial services (JP Morgan) and electronics (Honeywell and Intel). Bred for success, the company with the closest lineage to the corporate DNA of AskMe Corp is Microsoft where many of the company’s employees were groomed.

The erudite and insightful chief executive officer and co-founder of AskMe Corporation is Udai Shekawat. We set out to take Udai’s advice and ask an expert to tell us about the evolution of Employee Knowledge Networks. In this case, the wisdom we collected was from Udai himself.

Seattle24x7: AskMe Corporation began with a consumer portal called AskMe.com that recently ended a long run, not because of any failure on your part, but, as we understand it, just the opposite. The success of your enterprise product took all the time away from running a consumer site. Was the closure of Askme.com a bittersweet experience for you?
Udai: It was a bittersweet development for us in the sense that whenever you get a great idea, in our case the idea of connecting people-to-people for answers as opposed to people-to-content, you want to figure out whether it works or not. The consumer Website told us the product worked and gave us a lot of good feedback. Think about a focus group with 10,000,000  people telling you what’s wrong with the first version of your product. The AskMe community was quite active, with about 25,000 people going to the site everyday. Our model was never to build a Website. It simply became imperative for us to execute on the primary position we have in this new space which is selling software to enterprises.

Seattle24x7: Creating an entirely new class of software has understandably demanded your full attention. How would you describe the premise of Employee Knowledge Networks?
Udai: The wave of the future is connecting people-to-people, and the reason is very simple. Because something like 50% of the valuable information in every company is actually stored in people’s heads. You are the holder of information. But even if I were to search your hard drive I wouldn’t find it. However, if I was able to ask you a question you would say, “Oh yea, absolutely, I’ve seen this in the past and here’s how you ought to look at it.” Large companies realize that a lot of their assets are locked up in these people’s heads. They’re wondering, okay, how do we utilize this better, and that’s why they’re looking at this perspective.

Seattle24x7: The software has its roots in other forms of collaborative groupware?
Udai: People have taken stabs at solving this problem in the past. If you think about it, email is a way to do it, right? Very often, when you have a problem, you go and you email it. The problem is that you don’t know who to email it to, so you send it to a massive audience. Lotus actually has discussion groups in Lotus Notes. For example, I just got off a call this morning with Procter & Gamble who uses our product with Lotus Notes. P&G has invested a large amount of money to deploy our product to their R&D Group, and has seen sixty man years in savings to date.

Besides email, there’s also groupware. At Ford, one form of groupware used is a team room. For example, there’s a standing team room on “tires.” If you’ve got any tire-related issue you can go and join all of these people, online or offline, and you can usually describe what the problem is and get answers. So there’s a lot of methods in the past which people have used to do things like this. What hasn’t been done is an entire class of software developed just to solve this problem with people at the center of it. Our uniqueness also wraps around how you connect people to people.

For example when you connect people to content, content is just sitting on hard drives. Content doesn’t have an ego. Content doesn’t have all the idiosyncracies which come with connecting people to people. It doesn’t say, “If I’m going to help you out, I want credit for it,” or, “Hey I don’t want you to bother me when I’m busy.” So how do you do the routing, the queuing, the the rankings, the trust, all of those aspects? With AskMe Enterprise.

Seattle24x7: When you introduce this idea to a new company it must be like turning a light on in people’s heads, not only providing them with the tools but also the techniques. Does it require a learning curve for companies to understand how to use the software productively and start sharing knowledge?
Udai: Yes, the technique is equally if not more important. Think of it as this fighter plane, the F-16. Unless you can find pilots and figure out how to train them on how to fly the plane it’s useless. We’ve invested in a ten person team who has looked at everything that has been done in the past and put together a 400-page recipe book, the A-Z on helping somebody fully-comprehend how to do this. The guide is based on the lessons we’ve learned from deploying our software in large companies like Ford, Honeywell and Boeing, and includes everything from strategy, culture to incentive, to getting everybody to see the value, to tweaking the software and the rewards system based on the culture of the company.

Seattle24x7: When sharing knowledge, how do you manage the sensitivity of certain kinds of information?
Udai: As I mentioned, we deal with a large number of defense contractors and aerospace companies. Security is a huge issue. We have a permissions-based architecture which is very like how portals and content management systems are designed. Based on their role and their security permissions,a person may only be able to see other persons, can only direct questions certain ways, and can only read content that’s appropriate to them.

Seattle24x7: What kind of companies are primed and ready for AskMe Enterprise?
Udai: Let me start by giving you an analogy. When you think about Procter & Gamble you think about soap. Well, when I went to Cincinnati, visited their R&D lab and met with their VP of R&D, I was blown away. He described to me something in twenty minutes that just blew my socks off. P&G has 18,000 engineers and 12,000 of them have PhD’s. Why? It’s the way they approach new product development. The majority of companies in the Fortune 1000 are organized much like P&G and the wealth of intellectual capital floating around the company is immense.  These are the kinds of companies that we have been successful with –companies that have many employees who work in dispersed work environments, whether it be across geographic locations, different functions or different lines of business.

Seattle24x7: Can you give us an example?
Udai: Working with different scientists from their paper towel group and detergent group, among others, P&G came up with a bag that goes into your dryer. You can place your jacket in the bag, throw in a cloth based towel infused with chemicals, and in 15 minutes it’s all steamed clean and smells fresh. This is a new home dry cleaning product now in test market. Hundreds of millions of dollars and hundreds of different R&D people are working together on it. This approach is the future of Procter & Gamble. Seven out of their last 10 products came from different groups working together. These scientists are a core group within P&G who have leveraged AskMe Enterprise as a part of their daily work.  After the development of new products, P&G surveys the people who pose the problems on the system. They survey who got the answers. They ask those people with the answers how they rate the answers, (a function of the AskMe software). The ones who rate the answers the best are then actually called and surveyed by phone. And they do an accounting audit of how much time it took. The results show that P&G is realizing significant business value by providing employees with a tool that enables them to collaborate and share knowledge more effectively.

There’s also an emerging condition in companies known as  knowledge erosion. Northrop-Grumman has a huge group of people who are 50-55, about to go out the door. And a huge group of people who just started, who are five years into their career. They’ve got to figure out how to take all of the expertise from that group that’s moving out and transfer it to the new ones who will be here for the next 30 years.

Seattle24x7: AskMe Enterprise is one of the first pure XML-products?
Udai: We are one of the first completely .Net compliant enterprise applications. There are very few enterprise applications which get sold for millions of dollars like ERP from SAP or CRM from Siebel that are 100% .Net based. We have a Web services architecture at the core. The advantage is that  AskMe can be deeply integrated with Email, portals, doc management, content management, identity management, security, authentication, LDAP and Microsoft Active Directory.

Seattle24x7: What is it about Seattle that has been conducive to your success and the high tech success of the region?
Udai: I think the Pacific Northwest is an absolutely fabulous place. First of all it’s the people. It’s a great place to hire people who understand the software business. Secondly, the attitude. I think to build a company in this environment you need missionaries, not mercenaries. All the people who flocked here absolutely believe in building great software. That’s been the purpose of their lives. The Pacific Northwest has these people. The Bay area less so because they are more mercenary there. Doing something because you love it is manifested in the lifestlye of the people and the way we think. Finally, the eco-system here. When you look at venture capital there’s lot of great VC here. When you look at angel networks, Microsoft alone has created a robust angel network. There are 10-20,000 people who have net worth which qualifies them to be able to put money into companies.

Seattle24x7: Thank you, Udai. We’re very glad to have asked AskMe to ShopTalk.

Larry Sivitz is the Managing Editor of Seattle24x7. 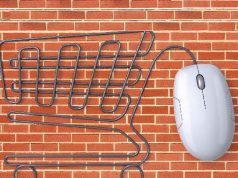