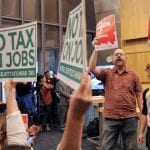 Like a death-defying Seahawks comeback play in the fourth quarter of an NFL showdown, the Seattle City Council called a stunning reversal on the “head tax” it had voted to impose on local companies who generated over $20 million in annual revenue.  Seattle’s homeless population was left standing on the one-yard-line, a yard short of the plan to use the tax to fund new housing.

In what amounted to a populist goal-line stand, polling data revealed insurmountable opposition to the tax including a “No Tax on Jobs” campaign vying for a place on the November election ballot that would let voters decide.

In a statement, Amazon applauded the vote and indicated a willingness to move forward with its hometown initiatives.

“Today’s vote by the Seattle City Council to repeal the tax on job creation is the right decision for the region’s economic prosperity,” Amazon VP Drew Herdener said in the statement. “We are deeply committed to being part of the solution to end homelessness in Seattle and will continue to invest in local nonprofits like Mary’s Place and FareStart that are making a difference on this important issue.”

Seattle Mayor Jenny Durkan will sign the repeal into law.

“Everyone in this city shares similar goals – we need to build more affordable housing, provide mental health and behavioral health services, and bring people off the streets and into safer spaces while continuing to support our small businesses, jobs, and economy,” the mayor said in a statement. “We have been hard at work on these challenges and will continue our efforts. To be successful, everyone needs to be part of the solution. Instead of engaging in a prolonged, expensive political fight, the City and I will continue to move forward on building real partnerships that align our strategies from businesses, advocates, philanthropy.” [24×7] 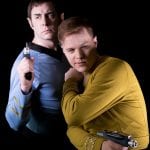 Where No Man Has Gone Before, Seattle Experimental Theater’s hit improvised parody of the original Star Trek TV series, is returning to Theatre Off Jackson this August for a two-week run. Join the crew of the Enterprise as they encounter a Starfleet Admiral who has strayed from the Prime Directive. Will they be able to undo the tangled web he has created?

At every performance, the cast will use suggestions from the audience to create a brand new episode. Each performance is a completely original adventure 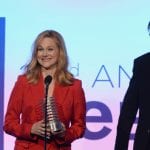 Hat’s off to the 22nd annual Webby Awards who make brevity not only the “soul of wit” but a strict requirement for the length of acceptance speeches at the show.  The 5-Word acceptance speech policy  has kept the award show on pace but ought to be waived for winners like Lin-Manuel Miranda, Kourtney Kardashian, and Amazon Music and Special Achievement honorees like #MeToo trailblazer Susan Fowler, actor Jesse Williams, artist FKA twigs, Mozilla founder Mitchell Baker, actress Laura Linney, director Steven Soderbergh, Ugly Delicious creator David Chang, and NFL player Chris Long.

Hosted by comedian Amber Ruffin, this year’s star-studded ceremony had many such five-word acceptance haikus. We especially liked Laura Linney’s quintet upon accepting the award from Liam Neeson, “Kindness is not a weakness!” Or David Letterman’s tearful “Thank you…(wiping his eyes)…Tears of Joy!” [24×7]