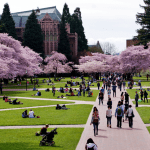 Seattle’s emergence as a nerve center for A.I. technologies, and a remote engineering outpost for companies like Facebook and Google, have created a kind of “cerebral cortex vortex” that is vacuuming talented gray matter and a distinguished brain trust of professors, researchers and other personnel from academia.

The latest gravity well is inside Facebook and the opening of its new A.I. Lab here. At least one A.I. professor from the University of Washington has been treated like an NFL free agent or newly-minted American Idol. The brain drain from universities and nonprofit A.I. research operations, which are already struggling to retain professors and other employees, shows no signs of slowing.

“It is worrisome that they are eating the seed corn,” commented Dan Weld, a venerated computer science professor at the University of Washington who was quoted in The New York Times. “If we lose all our faculty, it will be hard to keep preparing the next generation of researchers.”

Over the last few months, Facebook has approached a number of notable researchers in Seattle. It hired Luke Zettlemoyer, a professor at the UW who specializes in technology that aims to understand and use natural human language, a critical area for a company struggling to identify and remove false and malicious content on its networks.

In the fall, Mr. Zettlemoyer told the Times that he had turned down an offer from Google that was three times his teaching salary (about $180,000, according to public records) so he could keep his post at the university. Instead, he took a part-time position at the Allen Institute for Artificial Intelligence. Many researchers retain their professorships when moving to the big companies — that’s Mr. Zettlemoyer’s plan while he works for Facebook — but the professors usually cut back on their academic work. At Facebook, academics typically spend 80 percent of their time at the company and 20 percent at their university.

Seattle’s new Facebook lab will focus on A.I. — robotics and “reinforcement learning”— a way for robots to learn tasks by trial and error. Siddhartha Srinivasa, a robotics professor at UW, said he was also approached by Facebook in recent months. At the time, it was not clear to him why the Internet company was interested in robotics.

Even with its deep pockets, Facebook faces fierce competition for talent. Mr. Allen recently endowed the Allen Institute with an additional $125 million in funding. After losing Mr. Zettlemoyer to Facebook, the Allen Institute hired Noah Smith and Yejin Choi, two of his colleagues from Montlake.

These profs also specialized in natural language processing, and both say they have received offers from multiple internet companies.

As a nonprofit think tank, The Allen Institute is paying Mr. Smith and Ms. Choi a fraction of what they were offered to join the commercial sector, but it will allow them to spend half their time at the university and collaborate with a wide range of companies, said Oren Etzioni, a former UW CSE academic who oversees the Allen Institute.

“The salary numbers are so large that even Paul Allen can’t match them,” Mr. Etzioni said. “But there are still some people who won’t go corporate.”
Other researchers believe that companies like Facebook can still align with their academic goals. Still, Ed Lazowska, the Bill and Melinda Gates professor of computer science at the University of Washington, said he was concerned that the largest internet companies were luring too many of the university’s professors into the commercial sector.

According to Lazowska, the University of Washington. along with other schools, is working on a set of recommendations for commercial companies meant to provide a way for universities and companies to share talent more equally. Mr. Lazowska added that every university should ensure that it did not become too close to one company. “We want every company to collaborate with us and to feel like they have an equal opportunity to hire our students and work with our faculty.”

Fueling what is perceived to be an AI-led future of technology, Microsoft CEO Satya Nadella announced recently that Microsoft has acquired Semantic Machines, a “conversational AI” startup in Berkeley, Calif., to further its work in building machines that can converse naturally with humans.

Nadella took to the stage at Microsoft’s recent Build conference, to discuss the company’s aims to advance the state of voice-based virtual assistants,, from understanding and responding to commands to being able to conduct complete conversations.

With the acquisition, Microsoft will set up a “center of excellence” focused on pushing “forward the boundaries of what is possible in language interfaces,” posted David Ku, corporate vice president and chief technology officer of Microsoft AI & Research.

Ku went on to explain, “Combining Semantic Machines’ technology with Microsoft’s own AI advances, we aim to deliver powerful, natural and more productive user experiences that will take conversational computing to a new level.” – Reported by Grace Brakenhoff [24×7]