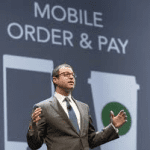 The former chief digital officer for Starbucks who subsequently became the executive vice president for global retail operations and partner digital engagement and is credited as steering the team behind the coffee titan’s mobile-order-and-pay offerings, has accepted a top spot at apparel merchandiser J. Crew.

Adam Brotman, 48, will be a president at J. Crew, reporting to Chief Executive Officer James Brett, who is charged with turning around sales at the struggling retailer.

Brotman’s uncle, the late Jeff Brotman, was the much beloved co-founder and chairman of Costco. The younger Brotman faces an uphill battle as J. Crew is seeking to rebound from sharp layoffs and a management restructuring in 2017. [24×7]

Slow Down Siri and Alexa, Microsoft’s Cortana Has a New Head Coach 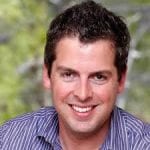 Voice-assisted tech-stars, Siri, Google Assistant and Alexa will now face off against a new head coach of Cortana. Puerto Rican entrepreneur and executive Javier Soltero has taken on a new role managing the Cortana division.  Soltero will report directly to Microsoft’s head of AI and research, Harry Shum.

Soltero joined Microsoft in 2014 when the company bought his startup Accompli. He went on to serve as the general manager of Outlook Mobile and later as a CVP in Outlook and Office.  [24×7]

When Rand Fishkin launched SEOmoz with his mom, Gillian, more than 15 years ago, it was hard to map the trajectory of an SEO services firm beyond becoming a successful, national consulting force.

Fishkin was a frequent speaker and advisor on the SEO circuit, eventually staging a national conference in Seattle, and became a leading commentator on search tactics and strategies every week with Moz’s Whiteboard Friday video streams, mostly helmed by Rand himself.

As the business morphed from SEOmoz to just Moz, it decided to divest its consulting business in favor of becoming a software tool and die-maker. 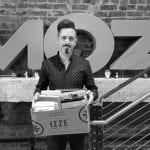 The growth has been impressive on the scale of SEO standards, remarkable, in fact, given the number of dedicated SEO agencies in a cottage industry, both independent and in-house. The company posted revenue of $42 million in 2016, up from $38 million in 2015.

Apparently those numbers were not impressive enough to satisfy the ownership group who decided to part ways with Fishkin. As Rand put it,  on a scale of 1-10 “where 1 is fired and escorted out of the building by security,” and 10 is an amicable parting “on wonderful terms,” the mustachioed founder placed his exit at a Defcon Level 4.

Fishkin is already at work on a new startup, named SparkToro, focusing on “Influence and Audience intelligence.” We wish Rand the best of luck moving down the yellow brick road. [24×7]

Outreach, which late last year was recognized by Forbes as one of its

“Next Billion Dollar Startups”,  has hired Anna Baird as COO and Mike Zinne as SVP of Customer Success. Baird comes to Outreach from a previous role as CFO of Livongo Health, a consumer digital health company and will lead Outreach’s finance, business intelligence, sales operations, security and IT efforts.

Mike Zinne, Outreach’s new SVP of Customer Success, will be responsible for the company’s

training to existing customers and most previously acted as Vice President of Customer Experience for Zendesk. [24×7]