With the addition of Avvo, the Internet Brands Legal vertical will offer an extensive product offering for attorneys, including directory listings, leads, websites and chat.

“Avvo’s culture of rapid innovation with the mission of serving both consumers and attorneys mirrors the strategy that has guided the Internet Brands Legal portfolio to strong growth over the past decade,” said Bob Brisco, CEO of Internet Brands.

Avvo will maintain its headquarters in Seattle after the deal closes and continue operating under the Avvo brand name. Avvo provides transparent information about attorneys, with Avvo-rated profiles for 97% of practicing lawyers in the United States. A free Q&A forum with more than 11 million questions and answers, and on-demand legal services that provide professional counsel for a fixed cost, make legal faster and easier.

CEO and founder Mark Britton said he will stay on in his current role, as will the company’s 350 employees. Avvo will keep its headquarters in Seattle after the deal closes and continue operating under its brand name.

The companies did not disclose the purchase price. Avvo has raised more than $132 million since it was founded in 2006 by Britton, himself a lawyer. The company was valued at about $650 million after its last funding round in 2015, according to PitchBook Data. The deal with Internet Brands is expected to close in early February. [24×7] 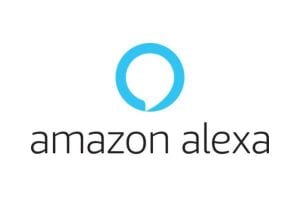 Microsoft will face new competition for Cortana on the PC front when hardware makers HP, ASUS, Acer and others bring Alexa to their Windows 10 computers this year.

Acer plans to integrate Alexa into select Acer Aspire, Spin, Switch and Swift notebooks, and Aspire all-in-one PCs. HP will roll out Alexa inside its HP Pavilion Wave desktop computer tower, which doubles as an audio speaker.  HP says it will add a custom LED to the tower to indicate when Alexa is listening.   ASUS will support Alexa in select models of its 2018 ZenBook and VivoBook laptops, with the first models to be announced during the first half of 2018.

Cortana was surprisingly muted at at this year’s CES with Alexa and Google Assistant battling it out for attention on center stage. The Google service has expanded from Android devices to Google Home speakers as well as third-party devices. [24×7] 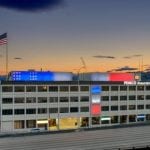 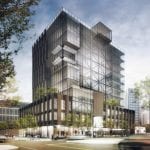 Amazon has acquired leases to two new office buildings in Seattle, both of local corporate renown.  The former PEMCO headquarters along I-5 is being renovated for occupancy in June. THhe 9th & Thomas building. home to Sellen Construction for more than 50 years, is the second new addition. Together, the two new venues represent around 320,000 square feet.  [24×7]

Bellevue-based Lubn Inc. was one of 32 startups selected from more than 100 entries for the Taiwan Tech Star showcase at CES this year. The company recently secured a strategic partnership with a tier-one global manufacturer to bring its its property access and management platform that uses a digital lockbox into production.

Lubn’s smart lockbox can be used by property managers, those using home-sharing sites, retail store owners or those looking to manage access to their properties by contractors. The platform was unveiled at TechCrunch Disrupt in September 2016. Feedback was used to improve the product, including its guestbook, scheduling and smart notifications. [24×7]