Artificial? Vern Fonk Insurance is legendary for its parodies of pop culture in kitschy television advertising.

Intelligent!  The company has turned to Conversica whose Seattle office is rapidly expanding (CenturyLink is a marquee client) and whose new Chief Scientist, Sid Reddy, has come onboard from Microsoft.

Conversica is the leader in AI-powered business conversations and the only provider of AI-driven lead engagement software for marketing and sales organizations.

The flagship Conversica® AI Sales Assistant assisted Vern Fonk agents with automated, two-way, email communication using a human persona. The system determined a lead’s intent in real-time by interpreting text in the email response and then alerted an agent to contact qualified leads who indicated an intention to buy now.  The AI-enhanced CRM followed up after the agent’s initial contact to nurture the lead and gain additional feedback. 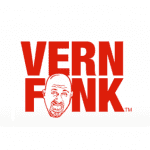 In less than four months, the insurance brokerage converted sales of 874 policies. In addition to  56 policies sold or renewed in a “win-back” campaign, Vern Fonk engaged 557 leads and sold 230 policies in an after-hours campaign. Agents were also able to convert 587 leads thought to be dead thanks to Conversica’s persistent email re-engagement capabilities.

“Conversica was founded in Washington, so the company has deep roots here and Seattle is an important location for us,” said CEO, Alex Terry. “We’ve expanded our office space in the historic Provident Building and we plan on doubling our Seattle-based staff.”

“Seattle is home to a thriving tech industry and amazing talent pool,” said Sid J Reddy, Chief Scientist. “People are committed to both their work and the area, and we benefit from the ethics of the community. As I’ve said before,  this opportunity is a data scientist’s dream.” [24×7] 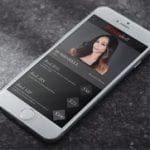 Glam App Brings the Salon to You

The top, on-demand beauty app launched in 2015 by actress Cara Santana, in partnership with celebrity hair and makeup artist, Joey Maalouf, will add Seattle to its network this September 11.

Called “Beauty on Demand,” the Glam App  delivers beauty experts to your front door with the push of a button. Offering services that range from a blow dry, to make up applications, gel manicure or just a simple polish change, there’s no need to leave your house, when they bring the salon to you.  After selecting the desired service, clients have the option to pick a level of stylist, from beginner to  junior and VIP. They then choose to book an immediate appointment or schedule one for a later date. Stylists who are available will accept the appointments, and arrive at the given address. [24×7]

The Seattle Interactive Conference, “SIC,” returns to The Conference Center in downtown Seattle on October 17-18 with 100+ speakers, 80+ sessions, master classes, workshops, and a slate of targeted networking events and opportunities to make new connections.