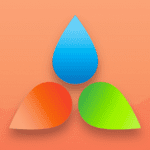 The annual CleanTech Alliance Innovation Showcase to be held June 26th at the Bell Harbor Conference Center on the Seattle waterfront could well be America’s best hope for harnessing the power of innovative thinking in fostering smarter energy and environmental policy solutions which the current administration in Washington D.C. seems bent on dismantling.

This year’s showcase will feature 24 presenting companies, among the organization’s 300 members, who will report on solutions that seem diametrically opposed to the notion of rolling back commitments like The Paris Agreement or regressing to dirty coal policies in the interest of saving a diminishing number of outmoded jobs.

The Alliance represents more than 87,500 direct cleantech jobs across the cleantech industry, more than five times the number being touted for coal mining.  The Trump White House has dissembled on these issues against the advice of leading businesses, scientists and universities of higher learning.

What kind of ideas will be featured at the CleanTech Innovation Showcase? A small sampling:

• Boeing and The Nature Conservancy are working together to define chronic environmental challenges and accelerate solutions.

• Beta Hatch is industrializing the production of insects for agriculture. The company farms mealworms as a high-protein feed ingredient for poultry and fish.

• The CleanTech MFG Accelerator is a proof of concept center for early-stage and mid-stage development of novel, market-driven, high-impact, clean technologies.

The Alliance has been called the “Who’s Who of the Northwest region’s cleantech industry,” if not the nation’s.

At the association’s annual meeting last November, the group determined that alternative energy and the companies that support it are here to stay, despite the changing politics in the other Washington. At the time, Alliance President and CEO, Tom Ranken, said his cautious optimism had been bolstered by two rounds of subsidies worth $76 million from the state’s Clean Energy Fund.

“We have a governor and a legislature that have been extremely supportive, in fact there’s some evidence that that might even increase in the coming months in the next session. So relatively speaking, state policy is more important in this field than it is in other areas,” he stated.

Ranken has also called for members of the CleanTech Alliance to amplify their messages and their voices over the next four years, especially in the other Washington. They will likely be looking for more support from businesses in the form of public-private partnerships.

Many of those businesses will be at the speaker’s lectern and in the exposition hall for the Innovation Showcase 2017 event. [24×7]